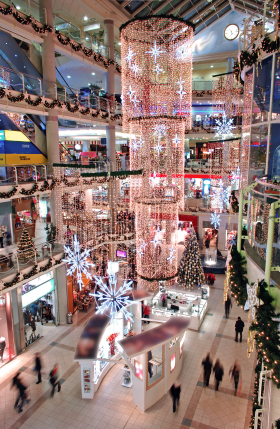 A worker was away on a two-week assignment for his employer. One day after work, he went with a co-worker who wanted to buy a Christmas gift for his wife. The worker was killed in a crash when returning from shopping. Should his widow receive workers’ comp benefits?

William Beaudry worked for West Coast Construction Inc. in Oregon. In November 2013, he was working for West Coast in Newport, OR, for two weeks, installing pilings on the waterfront.

West Coast reimbursed Beaudry for his expenses for the trip. The company also permitted employees to use company vehicles for personal travel and paid for gasoline for personal trips less than 100 miles.

On Nov. 18, 2013, after his shift had ended. Beaudry agreed to accompany a co-worker who wanted to shop for a Christmas gift for his wife. The two co-workers traveled 46 miles away from Newport. On the return trip, Beaudry was killed in a head-on collision.

His wife filed for workers’ comp benefits related to Beaudry’s death. West Coast denied the claim. The company admitted he was a traveling employee but said the errand he was on when he was killed was personal and not reasonably related to his travel.

West Coast said the shopping trip wasn’t within the course of employment because it didn’t have any relationship to Beaudry’s employment and it wasn’t an activity that arose from travel.

The appeals court agreed with the company:

“As we have held, a person in the status of a traveling employee is continuously within the course and scope of employment while traveling, except when it is shown that the person has engaged in a distinct departure on a personal errand.”

The court also said the fact that an employer permits an activity doesn’t mean a resulting injury qualifies for workers’ comp benefits.

His widow argued that the personal errand had ended because Beaudry was returning from the shopping trip to have dinner with his boss that evening. The court rejected that argument.

The court also rejected the claim that comp benefits should be awarded under the “employer conveyance” rule which provides an exception to the going-and-coming rule when the employer provides transportation to and from the job site. There was no evidence Beaudry was traveling to the job site, according to the court.

For that reason, the court agreed with the Board and denied workers’ comp benefits to Beaudry’s widow.