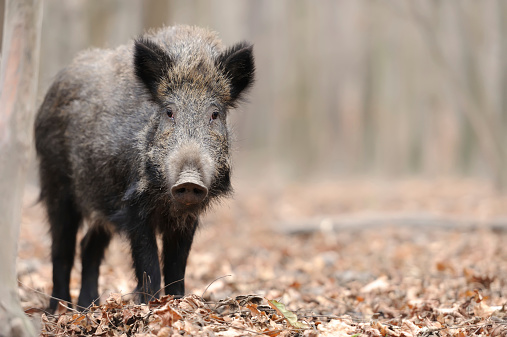 You can’t make this stuff up. A casino employee says she was in the course of work when, returning from a bingo parlor, the car her sister was driving struck a 400-pound hog. Will she get workers’ comp for this?

In January 2010, Applequist planned to research several new slot-parlor bingo facilities that had opened in Birmingham AL. PRR was the closest casino with gaming tables to these bingo parlors.

On Jan. 23, 2010, Applequist traveled to three of the new facilities to survey them. She asked her sister, a long-time Birmingham resident, to accompany her.

On the way home from Bama Bingo at 4 a.m., the last facility they visited, their car hit a 400-pound wild hog. Applequist and her sister were injured and spent several days in the hospital. Applequist wore a back brace and worked from home for 90 days following the crash.

In September 2011, the casino let her go. It was then that she filed for workers’ comp benefits for the crash.

An administrative law judge found Applequist was returning home from conducting work-related market research and that she was in the course and scope of her employment when she was injured. The Mississippi Workers’ Compensation Commission affirmed the ALJ’s decision.

The appeals court noted that the Mississippi Supreme Court addressed workers’ comp for traveling employees more than 50 years ago:

“From the time a traveling employee leaves home on a business trip until his or her return, the employee is within the course of employment for workers’ compensation purposes. This is so unless the worker has deviated from his or her work task or is on a personal errand. Otherwise, an injury during travel is compensable.”

The court found “travel was unquestionably a large part of Applequist’s work.” Her job description included the willingness “to perform extensive travel.”

But Applequist had explanations:

Applequist also testified about her inspection of the competing gaming hall, detailing her specific focus on the facility.

In its opinion, the court seemed to say its hands were mostly tied when it came to this case:

“While this court might have reached a different result were we the fact-finder here, credibility decisions in workers’ compensation cases are for the Commission, not appellate court.”

So the court gave deference to the Commission’s finding that Applequist’s testimony was credible, therefore she was in the course and scope of employment when the car hit the hog and she should receive workers’ comp.