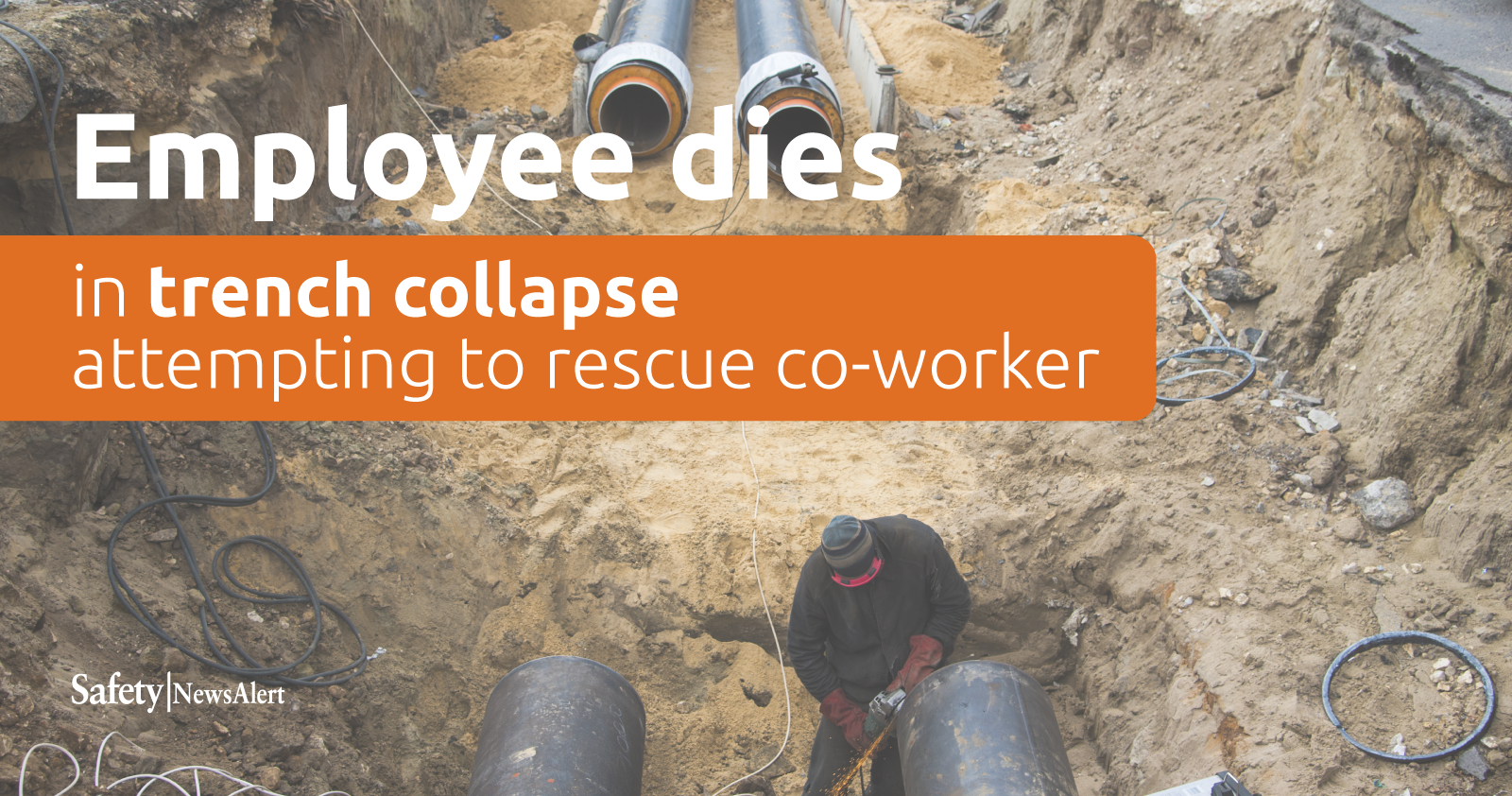 A fatal trench collapse involving a worker killed attempting to save a co-worker serves as a tragic reminder that rescue attempts should only be made when it’s safe to do so and only by trained individuals.

Responding to the incident without first checking to see if the scene was safe cost one worker his life as he tried to save an employee who was buried when the trench collapsed.

Trench had no shoring

Jonathan Stringer, 24, was working on the Skookumchuck Wind Project –  a 38-turbine project being constructed by RES-Americas – in a remote area of Ranier, WA, attempting to place a pipe under a culvert.

Heavy equipment was used to make a trench for the pipe, which cable would later be run through, but due to the location and angle of the culvert, a trench typically dug 4 feet deep, had to be dug down to about 15 feet.

A worker climbed down into the trench, which wasn’t protected with shoring or any other protective measures, to attach a strap to the sleeve so it could be pulled into position by a track-hoe.

As the worker attached the strap, a piece of the east side of the trench caved in, completely covering him with 12 to 18 inches of dirt and rock, according to a story in The Daily Chronicle.

Without hesitation, Stringer climbed into the trench along with another worker to rescue their co-worker, using their bare hands to dig at the dirt and rock.

However, another section of the east side of the trench gave way, burying Stringer completely and covering the other rescuer to his knees.

The second rescuer dug himself out, called for help on a radio he was carrying and jumped back into the trench to try to free Stringer and the other man.

About 25 other workers arrived with shovels to help dig the two men out.

One dead, one critically injured

The first victim of the collapse was found critically injured but alive and he was safely extracted from the trench.

Stringer could be heard calling out to his co-workers, but after 30 minutes he went silent. His co-workers eventually uncovered his left arm, torso and neck, but there was no pulse.

The local sheriff’s office and the Washington Department of Labor & Industries are still actively investigating the incident.

This incident clearly illustrates the reason why only those trained to respond to emergencies should make rescue attempts and only if they can confirm the scene is safe for them to enter.

First responders are trained to always ensure a scene is safe before attempting a rescue because rushing in and adding another person who needs to be rescued will only complicate an already bad situation.