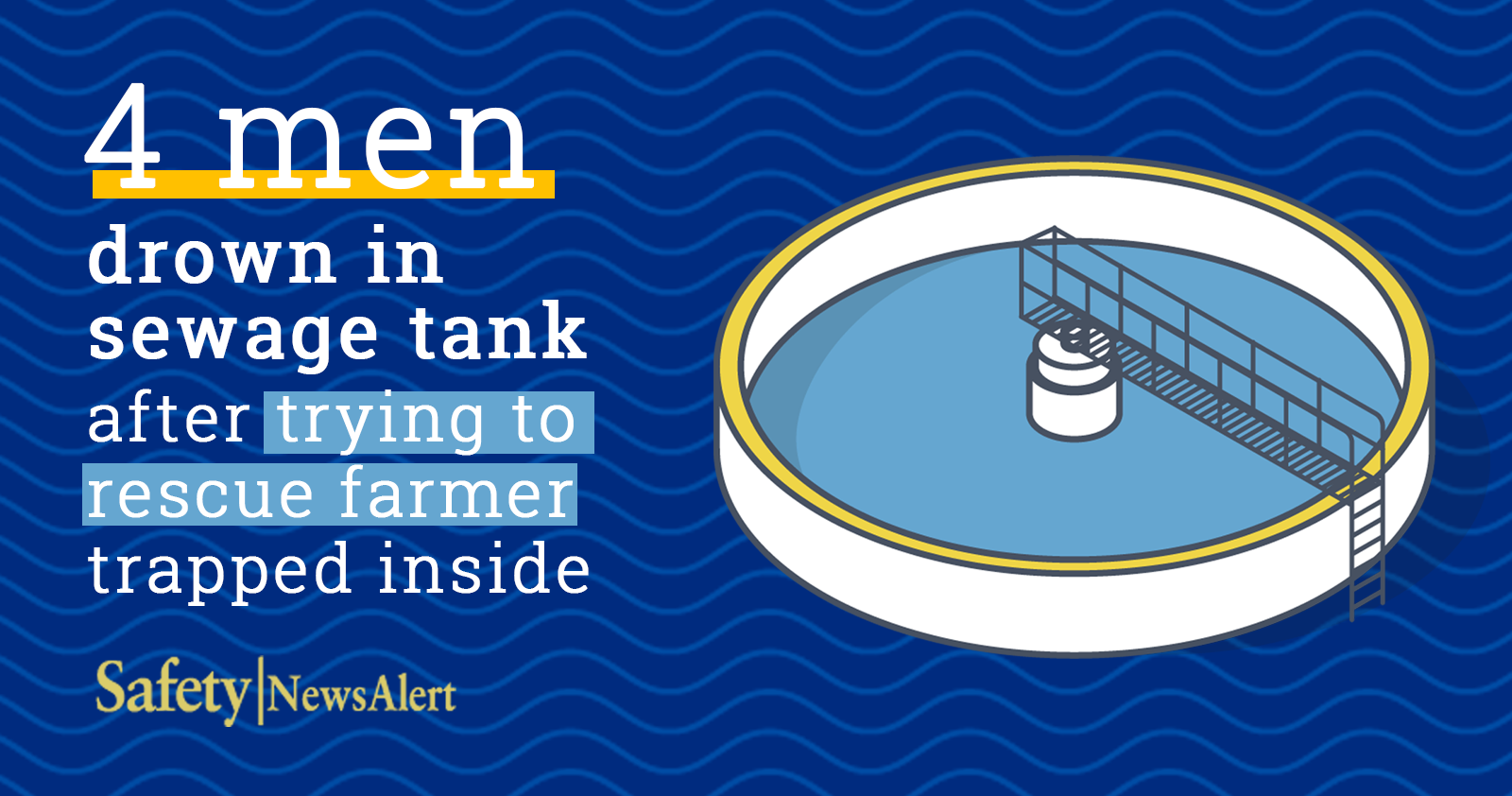 It’s a story that’s still told too often: A confined space emergency turns into a multiple-death tragedy when workers try to rescue a colleague without the proper training or equipment.

Four men died on an Italian farm after falling into a sewage tank while attempting to rescue another employee who was trapped inside, according to Newsweek.

Two of the deceased men were brothers and the owners of the farm in Arena Po, a town about 28 miles from Milan. The two others were farm employees.

Investigators say it’s likely the men were overcome by fumes from the sewage, which was to be used as fertilizer.

Relatives of the victims looked for them at lunchtime and saw a body floating in the tank.

They called emergency services, but the rescue was complicated by the high levels of hydrogen sulfide. Authorities used a harness and respiratory protection to retrieve the bodies.

Preliminary findings suggest the men had been trying to save each other before their deaths. Autopsies will be performed.

Teresa Bellanova, Italy’s minister of agriculture, said, “Occupational safety is an essential right, we must make every effort to guarantee it.”

A message worth repeating

As a safety pro, you know you must emphasize to workers that if they aren’t trained in rescue, they shouldn’t attempt one. There are too many cases in which one worker’s death led to one or more additional fatalities because the other workers died during a rescue attempt they weren’t trained to handle.

It’s human nature to want to help in these situations. It’s a selfless act. In the moment, workers aren’t thinking of themselves; they’re thinking of the other person.

Here’s one potential way to drive home the point that untrained workers shouldn’t attempt rescues: In that moment, think of the people who depend on you and what would happen if suddenly you weren’t around.