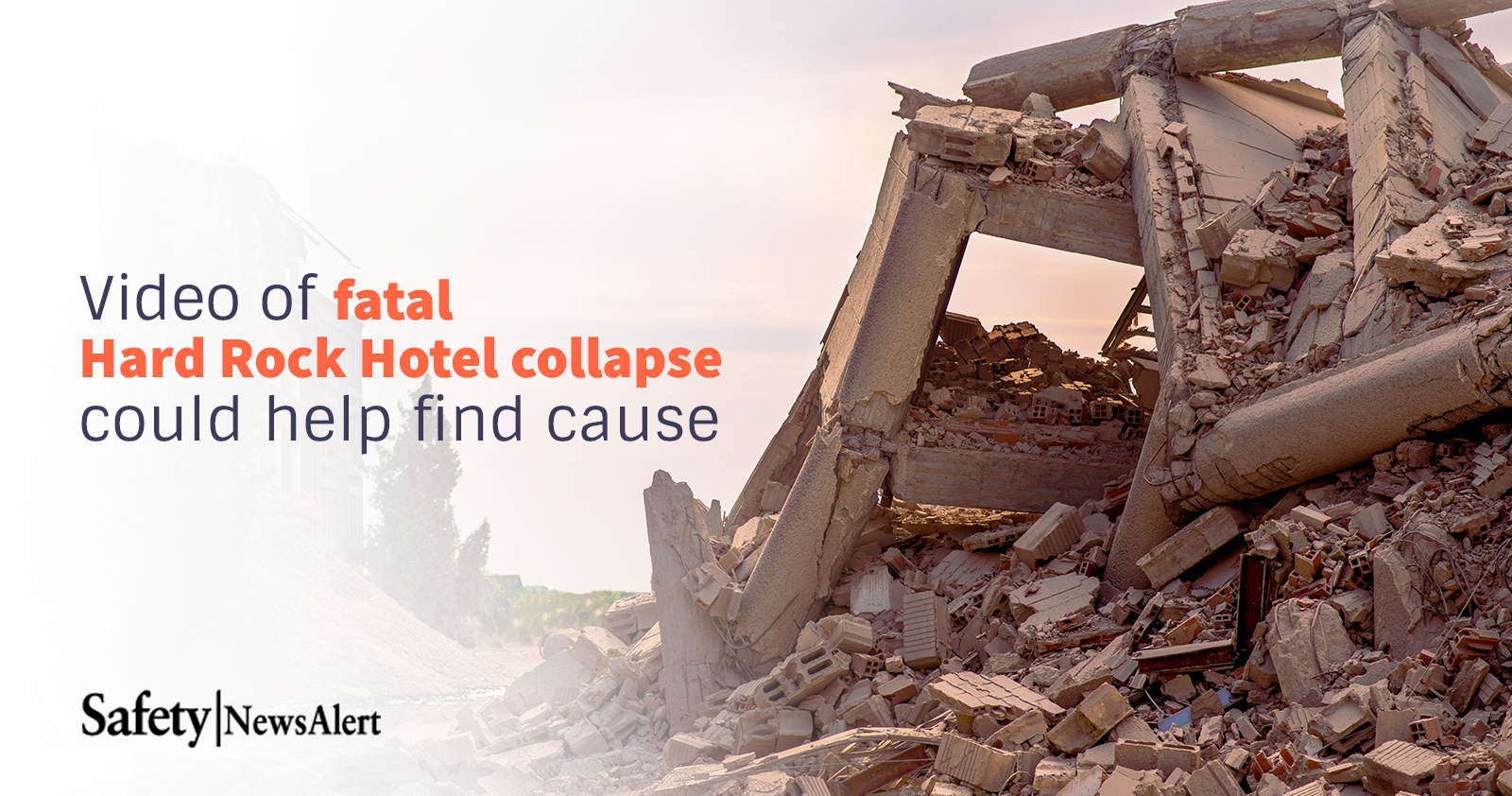 At a time when over half of people have a video camera in their pocket (their smart phone), and security cameras are more common, video evidence will help investigators, such as OSHA, determine the cause of catastrophic events, like the fatal hotel construction collapse in New Orleans.

Reporters for NOLA.com interviewed several building engineers, who said video of the Hard Rock Hotel construction collapse (about 40 seconds into the WWL-TVvideo) should help investigators.

Three workers died in the collapse. Eighteen others were injured. OSHA is investigating.

A video can show the first place where there’s movement in a collapse, Donald Dusenberry told NOLA.com. Dusenberry authored a report for the American Society of Civil Engineers on damage to the Pentagon from the Sept. 11, 2001, terrorist attacks.

Dusenberry says the first place where you see movement in a video of a collapse like this one usually shows the origin of a structural failure.

The video of the collapse, taken at ground level, starts just after the initiating event, according to Sherif El-Tawil, a professor at the University of Michigan’s Civil and Environmental Engineering Department.

El-Tawil says the video may not have captured what set off the cascading collapse. He says it’s possible other people will come forward with video that could be useful in the investigation.

Three engineers all told NOLA.com that the video shows what’s called a “progressive” collapse – one that cascades from one failure to another.

The engineers interviewed said at this point they can only speculate on what may have caused the collapse, but the possibilities include:

NOLA.com also notes some employees of New Orleans’ Department of Safety and Permits are targets of a federal corruption probe. One building inspector has already been indicted and is accused of illegally signing off on inspections in exchange for bribes. NOLA.com says there’s no indication that may have been a problem at Hard Rock.

OSHA can take up to six months to issue findings from an inspection. In a complex case like this, it wouldn’t be a surprise for the results not to be released until April.

OSHA might choose to use drones in its inspection of the Hard Rock catastrophe. The agency started using drones in 2018 for investigations where it would be too dangerous to send a person.

Here is a link to drone footage of the Hard Rock collapse location.