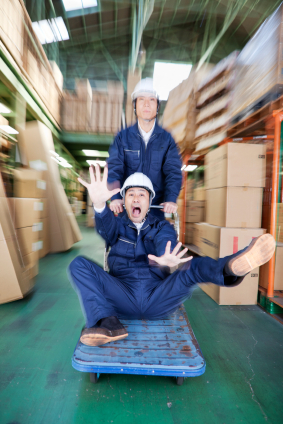 This worker wasn’t able to go back to his job after suffering injuries when he was tackled during horseplay. The injured worker sued the employer. Is the employer liable?

Wayne Booth was a truck driver employed as an independent-contract hauler for Southern Hens Inc. in Mississippi.

On Oct. 30, 2012, Booth went to Southern Hens to pick up a trailer. While waiting for paperwork, Southern Hens employee Jerome Caldwell grabbed Booth from behind his midsection in a “bear hug.” Caldwell shoved Booth against some boxes and pushed him through a doorway onto a stack of pallets.

Booth was told that Caldwell was “just playing.” However, Booth suffered serious injuries to his back that required medical treatment. He wasn’t able to return to work due to the injuries. Caldwell was terminated as a result of the incident.

Mississippi case law also says a premises owner must protect an invitee from “reasonably foreseeable injuries at the hands of another.”

The appeals court found Caldwell’s actions weren’t “reasonably foreseeable.” The incident occurred without warning in a matter of seconds. Caldwell didn’t have a history of dangerous or violent tendencies at work.