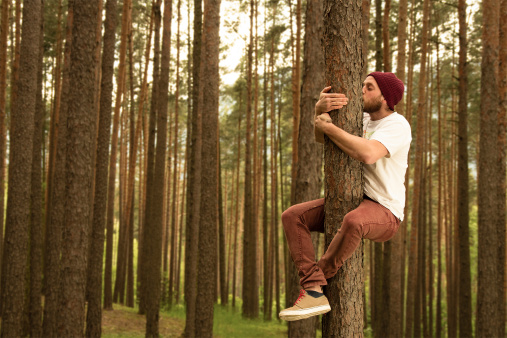 A pipefitter climbed a tree during a lull at work then fell out and suffered injuries. He applied for workers’ comp benefits saying his injuries should be covered as horseplay. Did he get comp?

Paul Haney worked as a pipefitter for Fabricated Pipe Inc. in Mississippi.

On May 24, 2010, Haney and some co-workers were cleaning up the work yard. The workers took a break.

Haney claims he was challenged by his supervisor to climb a tree (the supervisor denies this).

In any event, Haney climbed the tree. The tree snapped suddenly, and Haney fell 25 feet to the ground.

After the surgery, Haney had numbness in his right foot that caused him trouble walking. He was diagnosed with foot drop, a gait abnormality that is often caused by nerve or muscle damage. He had three surgeries on his right foot. Haney can’t walk or stand for long periods of time. His doctor released him to return to sedentary employment.

Haney filed for workers’ comp benefits. Fabricated Pipe said his injury didn’t occur within the scope and course of his employment.

An administrative law judge found Haney had suffered a compensable injury and was entitled to temporary total disability payments for a period after his injury.

Horseplay or deviation from duties?

In previous Mississippi cases, injuries that resulted from horseplay among workers that was a minor deviation from job duties had been found to be within the scope and course of employment.

Example: A worker bear-hugged a co-worker, causing him to fall and injure his back. That worker was awarded workers’ comp benefits.

However, when the horseplay rises to a complete deviation from the employee’s duties, Mississippi courts have held resulting injuries aren’t compensable.

Example: An employee whose job was to help transport kegs of water across a river by boat had departed from the course and scope of his employment when he jumped off the boat to swim in the river.

In that case, the Mississippi Supreme Court found that once the worker jumped into the river he wasn’t “present and ready to carry out any orders of his employer in connection with his work, since his duties were not performed in the river but in the boat.”

The appeals court found a similarity to the swimming case and Haney’s. The court said Haney decided to leave his area of employment (the work yard). While he was 25 feet up in the tree, he wasn’t “present and ready” to work.

Larson’s Workers’ Compensation Law guide, which is followed by many states, suggests a four-part test to determine whether horseplay is a deviation from the course of employment. Here’s how the court found the test to play out in Haney’s case:

For those reasons, the appeals court upheld the Commission’s decision that Haney should not receive workers’ comp benefits.