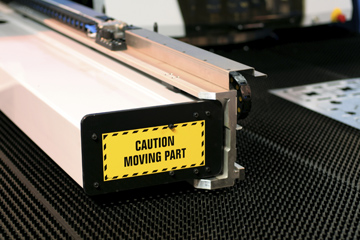 OSHA recently fined General Electric (GE) for machinery hazards at an Ohio plant. The company had been fined for similar hazards at the same plant back in 2014.

Inspectors hit the plant with two repeated and three serious violations, including failure to provide adequate guards on conveyor belts and other machinery, and develop adequate lockout/tagout (LOTO) procedures for machinery.

In 2014, OSHA hit the GE plant for similar hazards.

“GE must implement proper machine safety procedures to avoid a tragic and preventable incident. Failure to implement these procedures is among the most frequently cited OSHA violation.”

Harrington added that in 2015, Ohio employers reported 266 amputation injuries to OSHA. “These injuries are preventable by installing machine safe guards and training workers in safety procedures,” she said.

In fiscal year 2015, LOTO was the fourth most-cited OSHA violation. Machine guarding came in at No. 9.

Failure to control hazardous energy in machinery causes nearly 10% of serious accidents in many industries, according to OSHA. Workers who operate and maintain machinery also suffer about 18,000 amputations, lacerations, crushing injuries and abrasions per year.

Deia Campanell, a GE spokeswoman, told the Pickaway News Journal, “At GE Lighting, the safety of our employees is a top priority. We are in receipt of OSHA’s notification and are actively reviewing the findings contained in it.”

While this GE Lighting plant has been on OSHA’s radar, the multi-billion dollar company has several other plants that have achieved a STAR designation under OSHA’s Voluntary Protection Program (VPP).

The Lexington Lamp Plant in Kentucky is among 104 GE plants that have either been approved or recommended for approval for OSHA’s VPP program or similar programs, according to the company’s website.