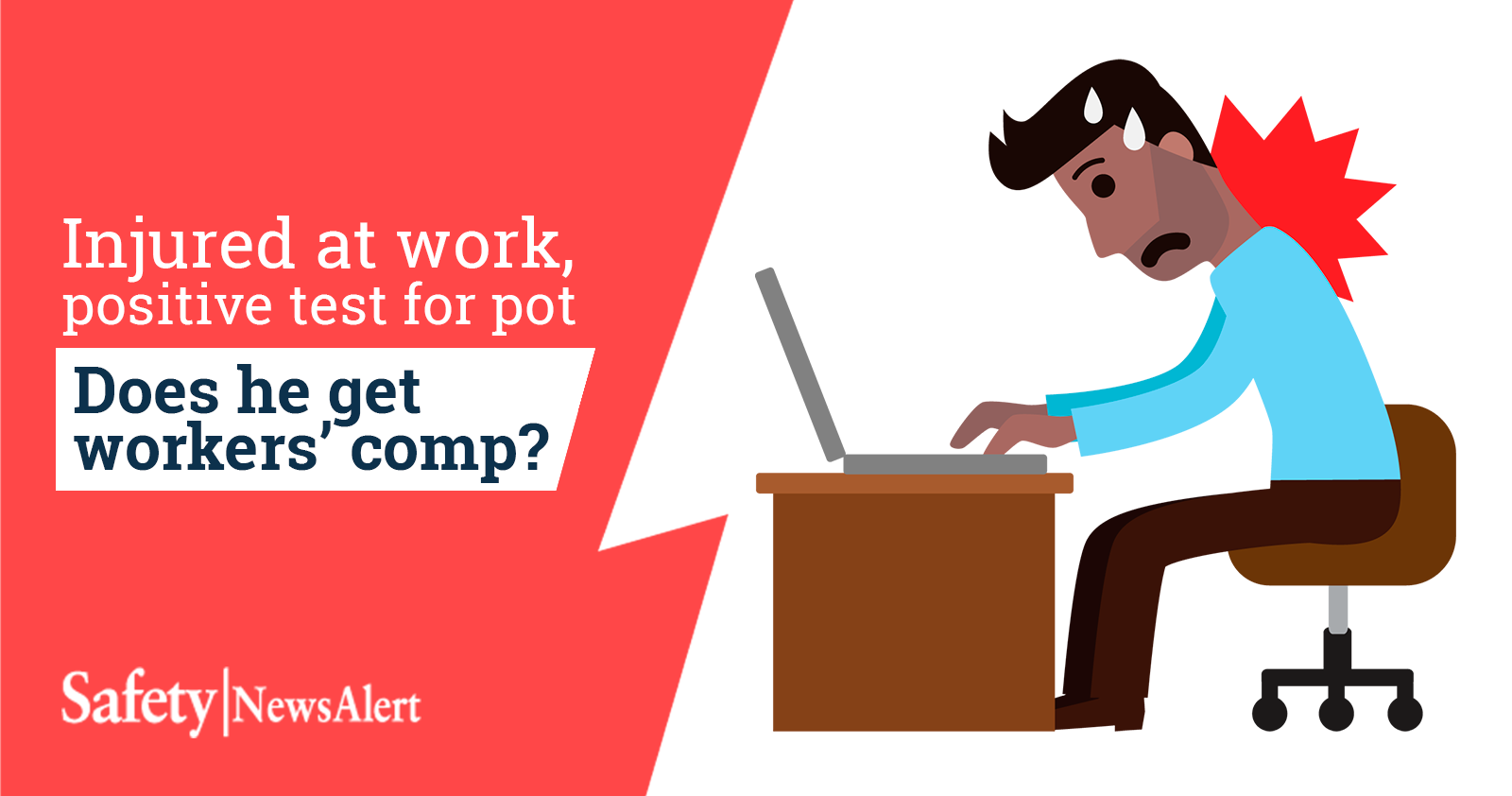 Is testing positive for pot enough to disqualify an injured employee from receiving workers’ comp benefits?

Vincent Hogg worked at the Oklahoma County Juvenile Detention Center. He suffered an injury to his right shoulder and neck while subduing an unruly, combative juvenile.

The Worker’s Compensation Court (WCC) found Hogg sustained an injury at work and reported it in a timely fashion, four days later. So far, so good on the path to receive workers’ comp benefits.

Hogg was given a post-accident drug screen on the day he reported the injury. He also had a follow-up screening the next day. Both drug tests were positive for marijuana.

Hogg didn’t dispute the test results, but he denied smoking pot. He said he had been around others who were smoking marijuana.

The WCC found there was no evidence presented to show Hogg was high on the day he was injured, nor was there any evidence to show the marijuana in his system was the “major cause” of his injury.

(NOTE: You have the right and the duty to protect your workforce from the hazards posed by drug use. Our "An Employee May Be Using Drugs: What to Do" checklist gives you step-by-step guidance on best ways to handle suspicion of drug use by an employee. Get it now »

Just what does new law say?

The comp judge’s decision was based on the fourth sentence in a paragraph of the revised workers’ comp law:

“For purposes of workers’ compensation, no employee who tests positive for the presence of … alcohol, illegal drugs, or illegally used chemicals, or refuses to take a drug or alcohol test required by the employer, shall be eligible for such compensation.”

Hogg appealed the WCC ruling, arguing the sentence in the new law shouldn’t be read in isolation.

In reviewing the case, the Supreme Court of Oklahoma noted that the first two sentences of the same paragraph in the comp law say:

The Supreme Court noted that the trial court found there was no evidence presented to show that Hogg was high on the day of his injury, nor was there any evidence to show that marijuana in his system was the major cause of the injury.

For that reason, the Oklahoma Supreme Court reversed the lower court’s ruling and remanded the case back to the WCC for further hearings. In other words, Hogg is now eligible for workers’ comp.

What do you think of the court’s decision? Let us know in the comments below.