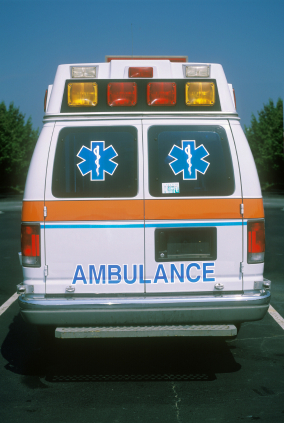 A dishwasher suffered a pulmonary hemorrhage and died while taking out the trash at a California restaurant. The restaurant argued there was no evidence his hemorrhage was work-related. How did the court decide?

Carlos Rodas was a dishwasher at Guido’s restaurant in Los Angeles. Rodas’ arteries were prone to bleeding because of lesions caused by tuberculosis.

On March 18, 2012, Rodas lugged a trash bin to a Dumpster about 300 feet from the restaurant. A customer later found him unresponsive and bloodied in the parking lot. Rodas, 32, was pronounced dead at the scene.

The county coroner’s report said Rodas stopped while taking out the trash to “projectile vomit blood.” He was found with coagulated blood and bloody foam on his face, hands, and the front and back of his clothes. The autopsy report concluded his hemorrhage was caused by his tuberculosis.

Rodas’ family retained a doctor to opine on the cause of death. The doctor said Rodas’ “exposure to trash fumes and/or the heavy lifting from taking out the trash played substantial factors in the hemorrhage of his lungs, which was the cause of death.”

The doctor said the death was work-related, and the company should collect death benefits. Guido’s appealed, arguing the doctor’s opinion wasn’t substantial medical evidence and was based on speculation and conjecture.

It was undisputed that intrathoracic pressure caused the bleeding in Rodas’ lungs. The doctor inferred the pressure was caused by coughing or physical exertion.

The court said: “That garbage emits odors that will cause a person to cough and that physical exertion is required to manhandle a large trashcan over a distance of 300 feet are eminently reasonable inferences validated by common experience.”

According to the court, the appeals board (which ruled in favor of Guido’s) “overlooked that certainty is not the test of a reasonable inference. The inquiry is whether the inference is one that may be drawn by a reasonable mind.”

The court admitted that Rodas’ death could’ve been caused by spontaneous bleeding. But that didn’t negate the doctor’s inference that garbage odors and lugging the trash can caused it.

The court ruled in favor of Rodas and remanded the case to the Workers’ Compensation Appeals Board. Here’s how the court closed the case:

“As aptly stated by the (appeals board) dissent, ‘Rodas was in the normal course of his duties when he was overcome by sudden, massive pulmonary bleeding. In the absence of any other plausible explanation, it is not medically probable that this event was entirely unrelated to work.'”

What do you think about this case? Let us know in the comments section below.