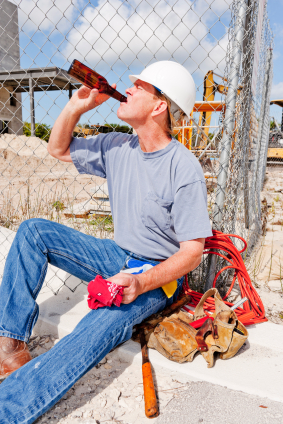 A post-injury drug test immediately after an incident shows an employee was intoxicated from alcohol at the time. Does this meet an OSHA exemption for recording the injury?

The agency gave its opinion on this scenario in a recent interpretation letter. Balfour Beatty Construction Services of San Diego posed the scenario.

An employee suffered an injury when his hand was caught between two objects. The employee was immediately given a post-injury drug test. The results showed the employee was intoxicated from alcohol.

The question: Does this injury meet the exemption in Section 1904.5(b)(2)(vi), given the worker was self-medicating with alcohol for his non-work related condition of alcoholism?

The answer: No. The section in question states:

“You are not required to record injuries and illnesses if the injury or illness is solely the result of personal grooming, self-medication for a non-work-related condition or is intentionally inflicted.”

An example of when this exemption would apply: An employee’s negative reaction to a medication brought from home to treat a non-work-related condition wouldn’t be considered a work-related illness.

The issue of non-work-related factors involved in injuries that occur in the workplace was addressed when OSHA formulated this rule in 2001. There were suggestions that exceptions to recording injuries be allowed when employees engaged in illegal activities or horseplay,or failed to follow work rules.

OSHA rejected that idea because, in its view, excluding these injuries would be inconsistent with its longstanding policy that injuries that occurred at work are most often work-related.

Recording these types of incidents could serve to alert the employer and employees to workplace safety and health issues, including the effectiveness of disciplinary policies and supervision, according to OSHA.

What do you think about OSHA’s decision in this case? Let us know in the comments.