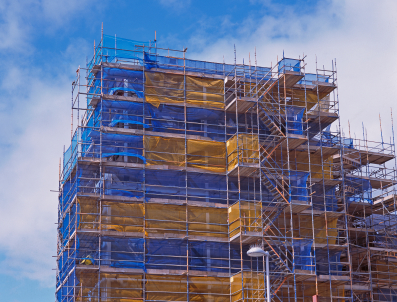 A building contractor is out $385,000 for serious fall hazards at worksites in Pennsylvania and Delaware. An OSHA official called the company a “serial violator.”

OSHA inspected four of Berlin Builder’s residential construction sites and found two willful, nine repeat, eight serious and one other-than-serious violations. The total fines came to $385,836. Here’s the breakdown of the worksites that were inspected and the fines:

OSHA cited Berlin for fall hazards on scaffold platforms and a lack of scaffold training, failure to provide and ensure workers wore fall protection, and failure to inspect jobsites for fall and fire-related hazards.

Other violations included failure to:

In the past year, Berlin has been inspected 23 times at worksites in Pennsylvania, Delaware and New Jersey. OSHA issued citations in 16 of those inspections, leading to total fines of $403,690. Most of the citations involved similar fall hazards.

“Berlin Builders is a serial violator that callously refuses to take even the most basic steps to protect workers from falls and other serious hazards in construction, an industry among the nation’s most hazardous.”

More than 20% of the 4,251 worker fatalities in private industry in 2014 were in construction, according to OSHA. Falls were the leading cause of death among construction workers, accounting for 39.9% of construction fatalities.

Berlin has 15 days from receipt of its citations and proposed penalties to comply, request a conference with OSHA’s area director, or contest the findings before the Occupational Safety and Health Review Commission.