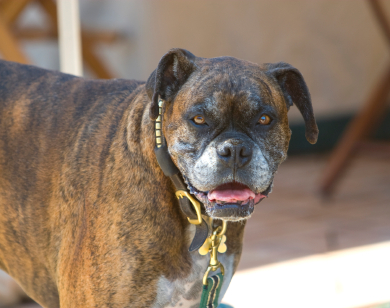 A restaurant cook was taking a smoke break when he was bitten by a co-worker’s dog. The restaurant denied the cook’s workers’ comp claim. How did a court rule in this case?

Sean Sovern worked one day a week as a line cook at the 1912 Hoover House Restaurant in Waynesboro, PA. He also had another full-time job.

On March 16, 2010, one of Sovern’s co-workers said her father would be stopping by the restaurant with her dog. Sovern went outside to have a cigarette after the dog arrived. While on his smoke break, Sovern had a conversation with the co-worker’s father. Sovern petted the dog and let it lick his face. When he went to stand up, the dog growled and bit him on the lower lip.

The restaurant permitted Sovern to take smoke breaks. He was in an approved smoking area, near an ash tower the restaurant supplied for employees’ use.

Sovern missed six days of work because of the dog bite and had numerous medical bills. He had a permanent visible scar on the lower right part of his lip and another scar in the center of his chin.

When he applied for workers’ comp benefits for disfigurement, medical bills and counsel fees, the restaurant denied the claim, saying he wasn’t in the course and scope of work at the time he was bitten by the dog.

A workers’ comp judge held a hearing and as a result granted Sovern’s claim. The judge said Sovern had met his burden of proof that his injuries occurred while in the course and scope of his employment.

The WCJ awarded Sovern 63 weeks of workers’ compensation benefits “based on the permanent scarring of his lower lip and chin.”

The restaurant appealed to the Workers’ Compensation Appeal Board, arguing:

The WCAB affirmed the overall decision that the injury was in the course and scope of work and also affirmed the 63-weeks of benefits. However, the board concluded the calculation of Sovern’s average weekly wage wasn’t supported by substantial evidence. The Board sent that matter back to the WCJ to recalculate Sovern’s weekly earnings.

The WCJ recalculated the weekly wage amount (the court decision doesn’t state the final number). The restaurant appealed again, but this time the only issue was whether Sovern was in the course and scope of his job when he was bitten.

Pennsylvania’s Commonwealth Court agreed that Sovern was in the course and scope of his job when he was injured:

“Claimant’s initial smoke break was a temporary departure from his work to administer to his personal comforts, and, thus, did not take him out of the course of his employment. Smoking during intervals that do not interfere with work duties have been found to be acceptable deviations from work. These types of “intervals for leisure” are considered to be within the scope of employment. Moreover, Claimant’s subsequent act of petting his co-worker’s dog also did not take him out of the scope of employment because it was an inconsequential departure from his job as a line cook.”

What do you think about this opinion? Let us know in the comments.