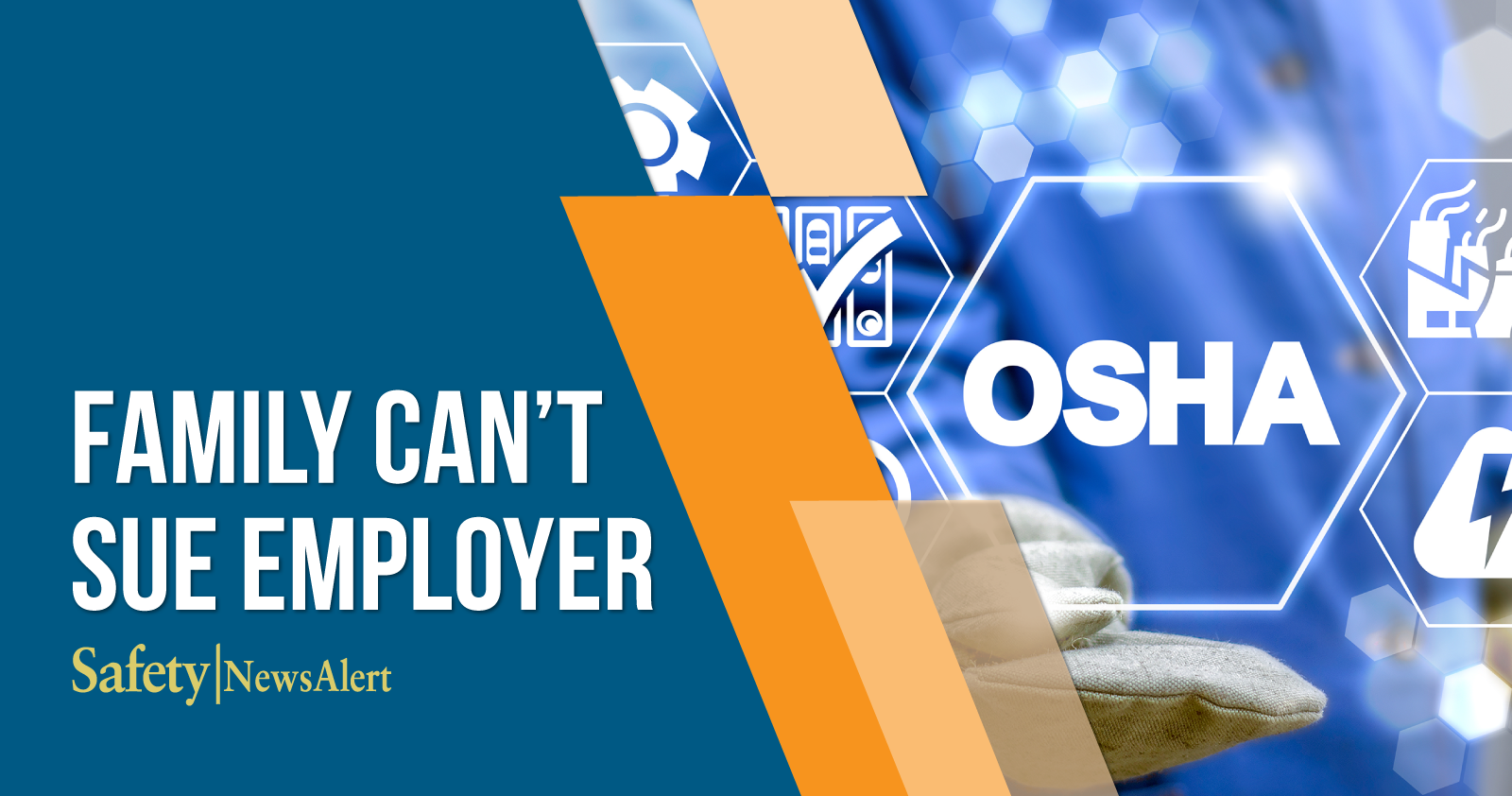 An Ohio appeals court found the family of a worker killed in a trench collapse can’t sue his employer for wrongful death for the incident even though the company received OSHA citations in the aftermath.

Because the incident wasn’t caused by any specific intent to cause injury – and because the employer called for a work stoppage when the trench seemed unstable just before the incident occurred – the appeals court dismissed the case.

Stop-work issued due to unstable trench

The company was involved in a street reconstruction project with the city of Hillsboro, OH.

Mennett was assigned to spread gravel and set storm sewer pipes at the bottom of an excavated trench.

As Mennett and other Stauffer employees were working in the trench, which was almost 10 feet deep, Jack Stauffer and Hillsboro Public Works Superintendent Shawn Adkins noticed water seeping into the trench.

Jack Stauffer and Adkins ordered work to stop because they felt the trench was no longer safe, then left the worksite to get city-owned trench boxes so work could continue.

Mennett was alive when he was pulled out from the trench, but died two days later from his injuries.

Mennett’s family filed a wrongful death lawsuit against Stauffer and its owners.

The company and owners filed a motion to have the case dismissed because they were immune to civil liability under the state’s workers’ compensation laws, and a trial court granted the motion.

On appeal, the family claimed it established Mennett’s death was caused intentionally and that the trial court erred in dismissing the case.

Under Ohio law, an employer can be sued for this kind of incident if there is proof it acted with deliberate intent to cause the injury or death.

“Absent a deliberate intent to injure another, an employer is not liable for a claim alleging an employer intentional tort, and the injured employee’s exclusive remedy is within the workers’ compensation system,” according to the appeals court’s Sept. 8 decision.

‘A conscious regard for employee safety’

While the appeals court acknowledged there were genuine safety issues on the worksite, as evidenced by the OSHA citations, it found “a failure to provide safety protection or to adhere to OSHA regulations does not,” of itself, prove a “deliberate, conscious attempt to injure.”

Further, because Stauffer called for a work stoppage upon noticing the hazardous condition, “the company demonstrated a conscious regard for employee safety,” so the appeals court upheld the dismissal.