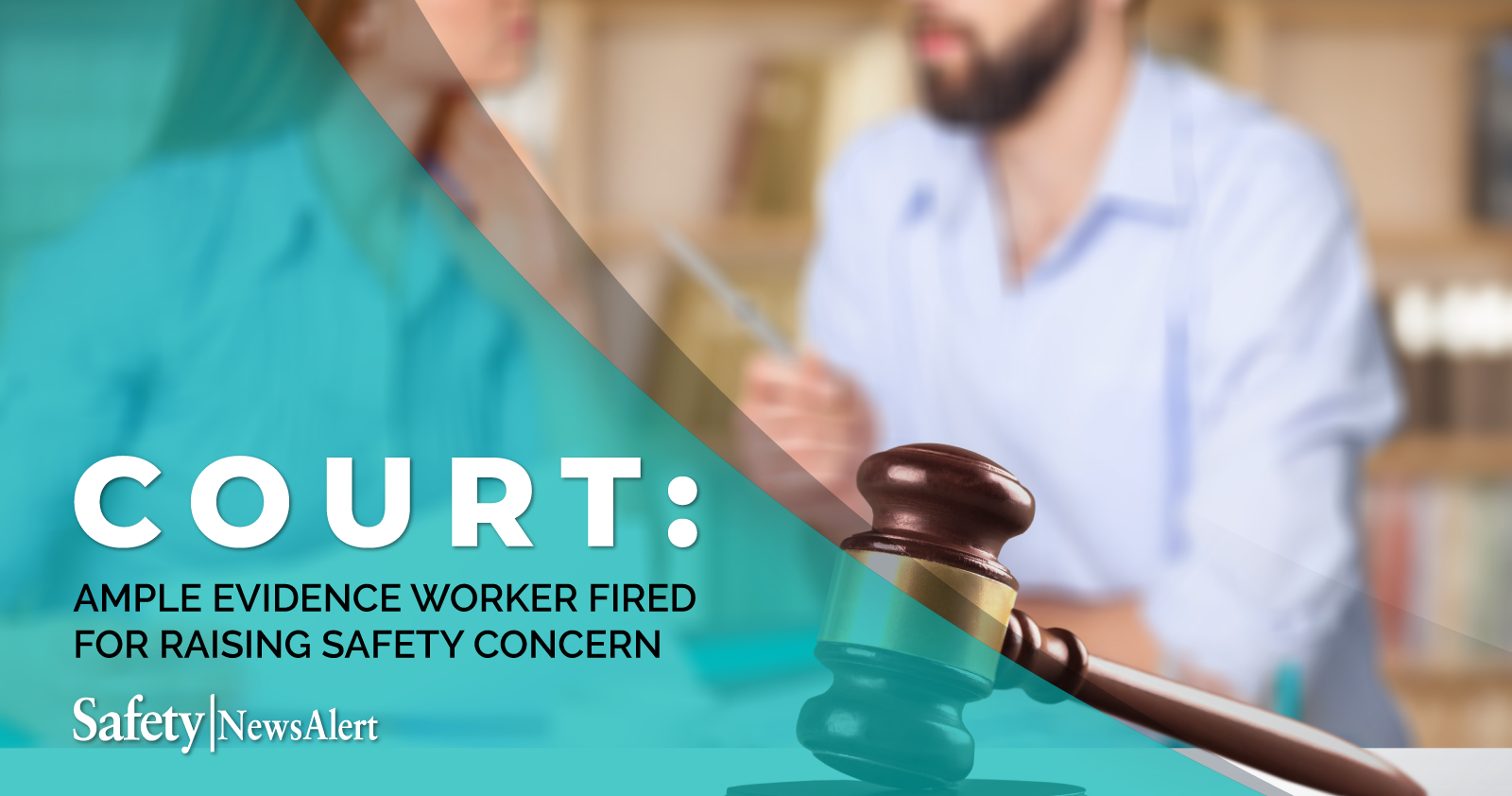 A worker claimed retaliation for reporting safety concerns about a drunk supervisor even though the employer never officially fired him, according to a North Carolina appeals court.

The appeals court, like a district court before it, found there was ample evidence the employer fired the worker because it felt he was a threat to the company.

Justin Driskell was hired as an assistant superintendent by Summit Contracting Group, a general contractor that manages construction projects, and was immediately assigned to a project in Charlotte, NC.

In June and July 2015, Driskell noticed Rhyner frequently drank alcohol at lunch and returned to work intoxicated, according to the appeals court decision.

At times, Rhyner acted belligerently, and one day he “drunkenly brandished a handgun at the job site.”

One of the members of management was Justin Driskell’s father, Tom Driskell.

Because of their family relationship, other members of management and Summit’s owners felt the Driskell’s were scheming to file a “bogus lawsuit” which the management team discussed in a series of emails.

The investigation and the fight

On July 18, 2015, one manager was sent to investigate the situation, but avoided actually doing so.

Instead, he opted to tell Rhyner about the Driskell’s allegations against him.

As part of the investigation, the manager met with Driskell and told him to “stop telling people what was going on at the job site.”

Two days later, Rhyner met with Driskell and told him he was removing some employees from Driskell’s team, and that the team needed to increase production.

Driskell argued that pushing his team harder would lead to safety issues.

The two men cursed at each other, then fought as Rhyner punched Driskell repeatedly in the face – while telling him he was fired – and Driskell attempted to wrestle Rhyner to the ground.

In the incident’s aftermath, Driskell filed a criminal complaint against Rhyner before visiting the emergency room for injuries sustained in the fight.

‘You’re not fired, but turn in your tools’

The next day, a Summit manager told Driskell he wasn’t fired but made him turn in his tools. Over the next few days, Driskell tried to get information on where he should report to work, but he never got a solid answer.

Driskell eventually applied for work elsewhere, and in January 2016, filed a complaint with the North Carolina Department of Labor claiming Summit fired him in retaliation for reporting safety concerns.

A district court found in favor of Driskell, and Summit filed an appeal.

Like the district court, the appeals court found there was ample evidence Summit wrongfully terminated Driskell sometime in the days following the fight.

The internal emails regarding the “bogus lawsuit” and strategies to avoid it, the “lackluster investigation” into the allegations of Rhyner’s drunkenness, and Summit’s failure to punish Rhyner for fighting with Driskell all served as evidence that the company retaliated against Driskell.