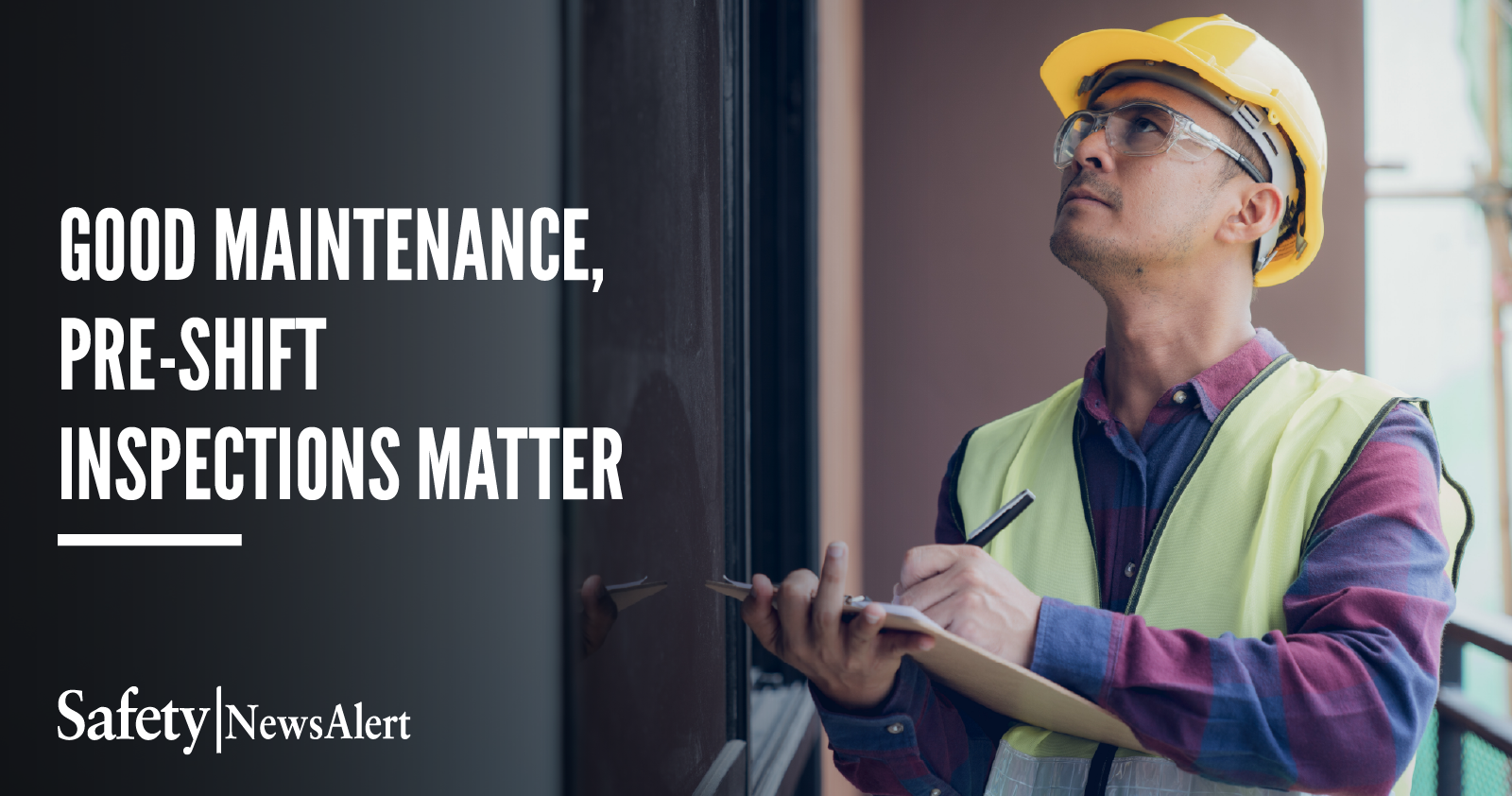 What’s it matter if a piece of equipment has a bolt that’s a little loose, a worker may ask? No big deal, right? It is when it leads to a fire and almost $4 million in damages.

The crew of a ferry in Washington’s Puget Sound found out why good maintenance matters when a single loose bolt led to an engine room fire and $3.8 million in damages.

There were no injuries, according to a National Transportation Safety Board (NTSB) investigation report, and that was thanks in large part to the crew’s professional response to the emergency.

The Wenatchee, a 460-foot-long passenger and car ferry, had been taken out of service in November 2020 for engine maintenance.

Specifically, two of its four diesel engines were due for a full overhaul in accordance with the manufacturer’s guidelines.

In February 2021, the crew performed a dockside engine break-in which saw both engines operated for specific amounts of time while the ferry was docked to monitor for problems following the overhaul.

Shortly after the start of the break-in, one of the engines began to exhibit low oil pressure problems, so the crew stopped the test and inspected the engine.

They found plastic debris from a cigarette lighter inside a valve. Technicians were notified. They cleaned an estimated 70% of the debris from the engine, which was enough to allow for normal operation.

Note: There was no explanation in the NTSB report for why or how a cigarette lighter got into the ferry’s engine.

The engines weren’t run again until April 22, 2021, when the ferry was due for a sea trial to verify functionality of all of its engineering systems before returning to regular service.

Thirteen experienced crew members were aboard for the sea trial in Puget Sound, and they gradually increased the load on the Wenatchee‘s engines to 100% power while monitoring for problems.

At 1:30 p.m., one of the crew members noticed white smoke coming from the engine room. “Red, glowing items” were “popping out” of the main engine as smoke and debris filled the compartment.

The crew took appropriate action to fight the fire, reflecting their years of training and experience. Their only fault was failing to sound a general alarm since everyone had already been notified of the fire via radio.

They had the fire under control by the time help arrived.

Initially, investigators thought the remaining debris from the lighter was the culprit, but closer inspection of the engine revealed the damage wasn’t consistent with that kind of problem.

Based on the condition of several nuts and bolts from the engine’s connecting rods and cylinders, investigators determined that a nut on one of the bolts had unfastened while the engine was running.

The loose bolt caused other connecting rods and pistons to become misaligned, which in turn caused other parts to lose lubrication and generate severe heat.

Those high temperatures transferred to other parts which broke free, caused gases to release into the engine room and ignite.

All of this because of a single loose bolt, which NTSB investigators said hadn’t been torqued to recommended settings. This caused the bolt to vibrate enough to loosen.

The NTSB report mentions that over-torquing can cause a bolt or other fastener to become overstressed and break, so it’s best to make sure torque wrenches are properly calibrated and manufacturer torque requirements are followed.

Washington State Ferries, the owner of the Wenatchee, has since begun to require secondary verification for critical component installations, assemblies, measurements, cleanliness and testing during maintenance and repair activities.

This wasn’t the first incident of this nature, the NTSB report states.

In 2015, the Carnival Liberty cruise ship experienced an engine room fire due to one inadequately tightened bolt on a fuel injection pump, which caused $1.7 million in damage.

The bulk carrier Nenita grounded after its main engine failed due to three excessively torqued bolts, with damage estimated at $4 million.

An offshore supply vessel, Red Dawn, had an engine failure in 2017 after a connecting rod assembly came loose due to improper tightening of its bolts during an engine overhaul. That incident resulted in almost $1 million in damages.

This sort of incident isn’t confined to the maritime industry. Forklifts, construction vehicles, hydraulic presses, trash compactors and all sorts of other equipment are held together by something: nuts and bolts, machine screws, etc.

Imagine if a forklift had extended its mast and picked up a load off a high shelf. Now imagine what would happen if the mast collapsed because a loose or broken bolt finally came free from a critical component.

That’s why good maintenance programs are crucial to safety. And that includes the pre-shift or post-shift inspections equipment operators perform.

Those inspections can catch problems in between scheduled maintenance functions and they can be used as another verification method after routine maintenance is completed.

The Wenatchee incident occurred during a thorough post-maintenance safety test without any passengers or cars aboard the ferry to make sure nothing tragic would occur during regular operations.

Equipment operators should look at their pre-shift inspections in much the same way. Then, if they notice a loose bolt, hopefully they’ll think again before writing it off as nothing to worry about.