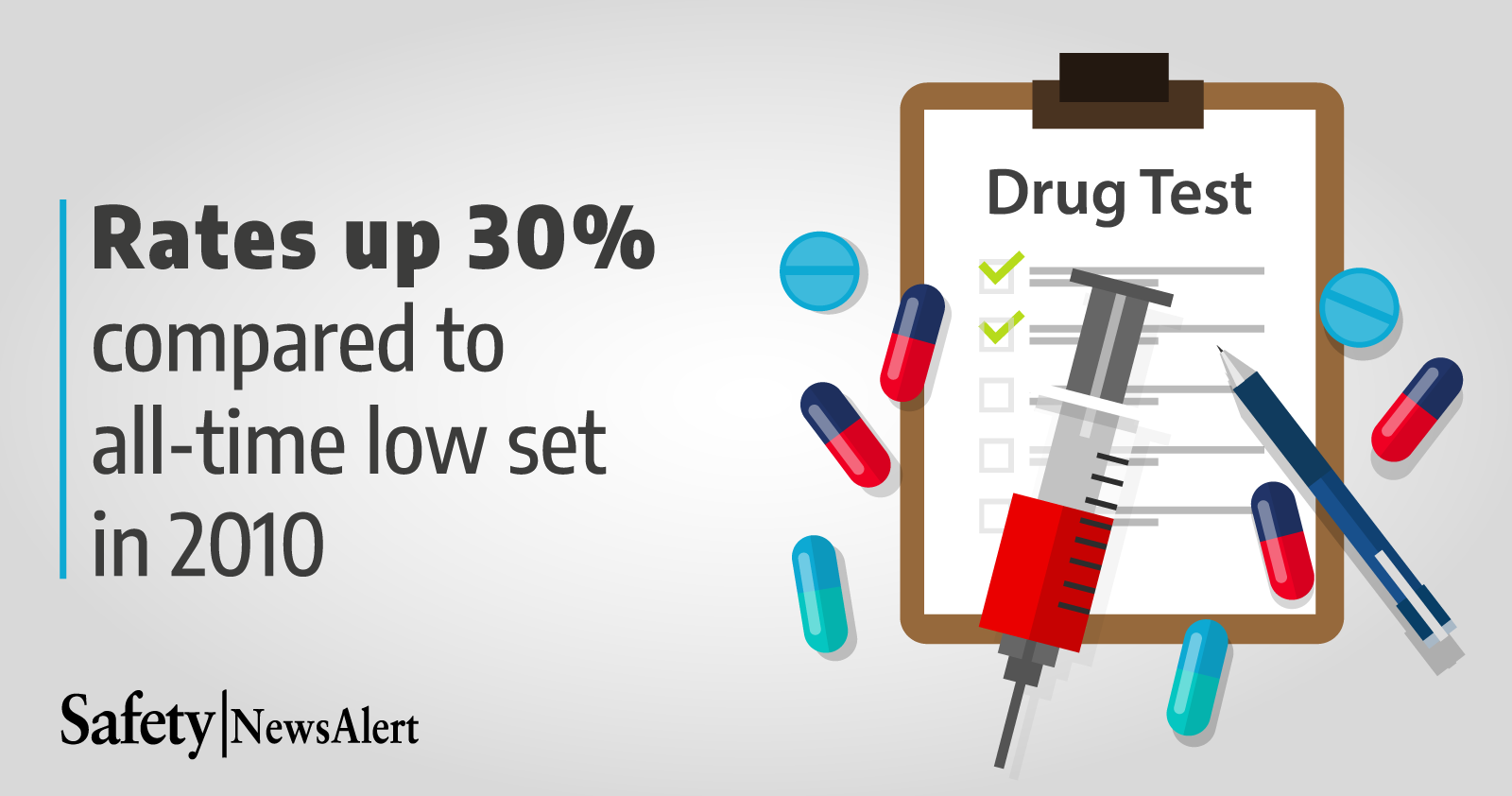 Positive drug test results in the workplace reached the highest rate in two decades in 2021, according to Quest Diagnostics’ annual Drug Testing Index.

The rate of positive drug test results in the U.S. workforce reached its highest last year since 2001, the report states.

That information is based on more than 11 million urine, hair and oral fluid drug test results collected during calendar year 2021.

Positivity in the federally mandated, safety-sensitive workforce, which was based on almost 2.7 million urine drug tests, stayed even from 2020 to 2021 at 2.2%

Rates for post-accident testing higher than for pre-employment

Urine positivity rates for post-accident testing increased at a greater rate than pre-employment testing over the past five years.

That’s due to higher positivity on post-accident tests for marijuana, cocaine and semi-synthetic opiates.

For federally mandated, safety-sensitive positions, pre-employment positivity increased 9.5% since 2017 compared to post-accident positivity which increased 41.9% in 2021.

“The increase in post-accident positivity is alarming and suggests more drug-associated accidents may be occurring even with employers with pre-employment drug testing in place,” said Dr. Barry Sample, Senior Science Consultant for Quest.

There was an increase in positivity rates in specific federally mandated, safety-sensitive testing categories with marijuana seeing an increase of 8.9%, from 0.79% in 2020 to 0.86% in 2021.

Based on six million urine tests, marijuana continues its upward climb in the general U.S. workforce.

Marijuana positivity increased across all industries from 2017 to 2021, with the Accommodation and Food Service industry having the highest positivity rate at 7.5%. That’s an increase of 114.3% over the past five years.