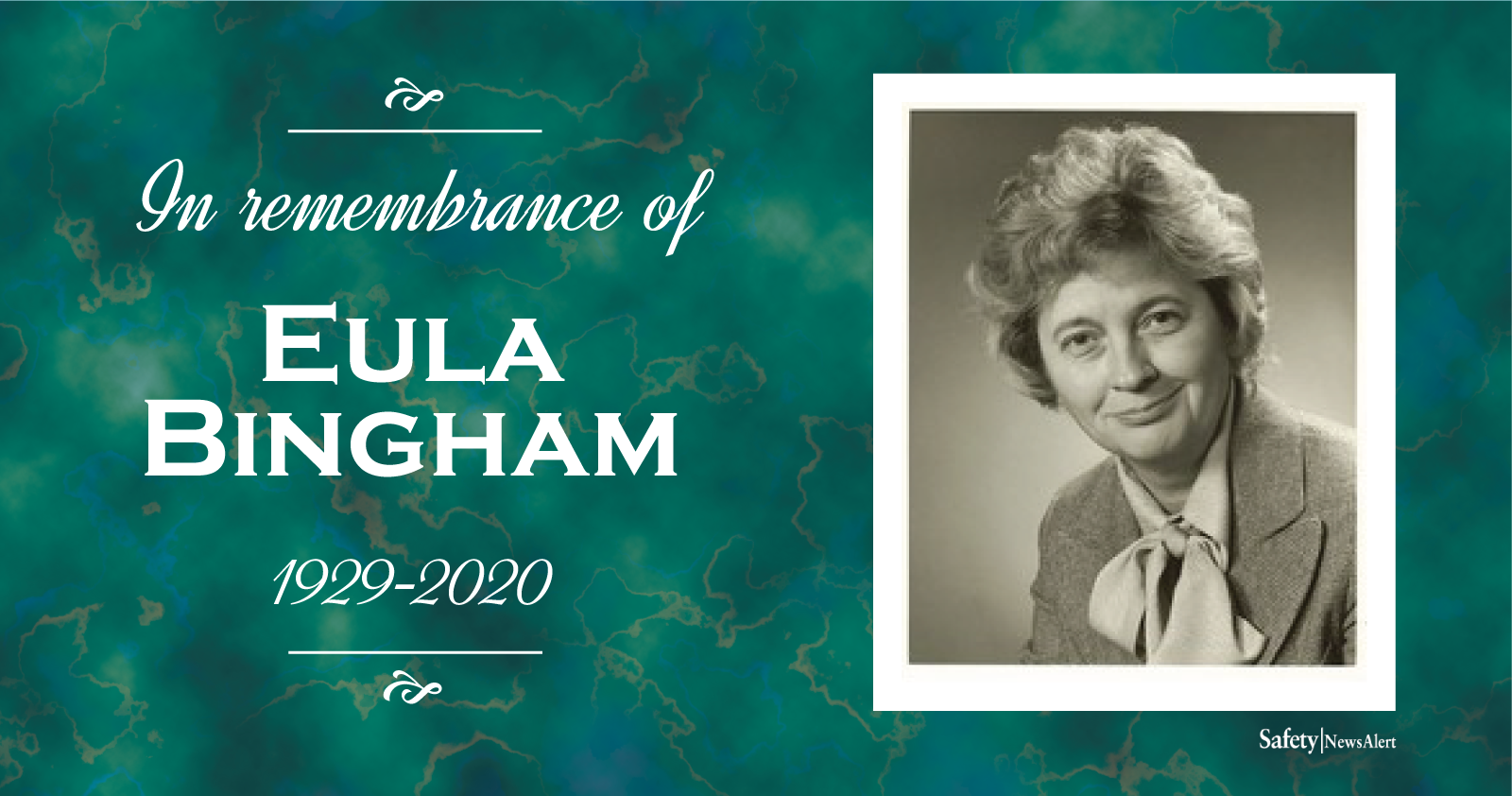 Eula Bingham, widely known for her leadership as the assistant secretary serving as the head of OSHA under President Jimmy Carter, died on June 13 at age 90.

She is honored for her administration of successful OSHA programs such as its “Common Sense Priorities” and “right to know” laws that have influenced OSHA approaches to this day.

Bingham’s colleagues knew her as an occupational safety trailblazer who advocated for worker protections on both a national and local level.

Before spearheading the developing agency, Bingham was the associate director of the Department of Environmental Health at the University of Cincinnati for five years.

As the only female to serve the position of Assistant Secretary for OSHA, Bingham was a pioneer for women in her field. Implementing several programs, like the “right to know” rule and the New Directions Training and Education grant, she prioritized workers’ medical and educational needs in high hazard workplaces.

From 1977 until 1981, Bingham and President Carter collaborated over the “Common Sense Priorities” approach, which would become central to OSHA’s methods.

The first priority launched an effort to “combat occupational illnesses and disease,” which redirected OSHA resources to industries with severe safety and health problems. This action helped speed up implementing valuable health standards for workers.

The second “Common Sense” goal was to “make life safer for employees, not to make life harder for employers.” Bingham issued tips for small employers on dealing with OSHA inspections and assured business owners inspectors would try to be as helpful and understanding as possible.

Under the third priority, simplifying safety regulations, Bingham directed OSHA inspectors to disregard violations of rules that were not related to employee health or safety. This action allowed businesses to gain trust in OSHA, which was vital for the organization’s success.

Getting rid of ‘nitpicking’ while still protecting workers

In a 1981 interview, Bingham said she “wanted OSHA to be rid of its many nitpicking regulations and to make the agency, instead, responsible and responsive to the public in the area of public health and safety,” demonstrated by her “Common Sense Priorities” trademark.

Bingham is remembered for her actions that have addressed the needs and improved the safety of American workers, as she devoted her advocacy efforts to improve many of OSHA’s programs.