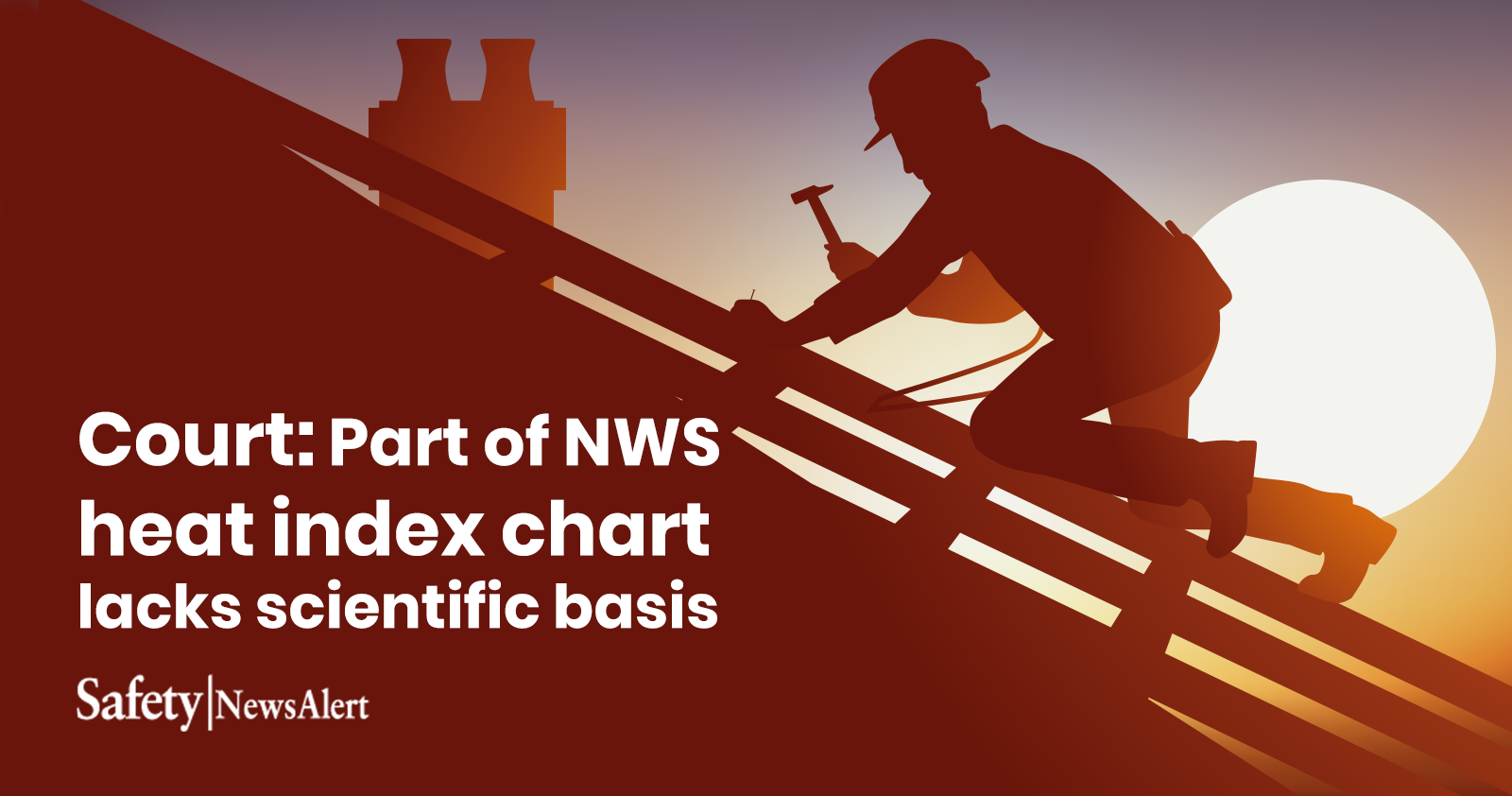 OSHA just lost one of its favorite tools for prosecuting heat stress cases thanks to an Occupational Safety and Health Review Commission judge’s decision.

The judge ruled July 15 that OSHA’s use of the National Weather Service’s heat index chart in heat stress case lacks a scientific basis.

OSHA used the heat index chart as evidence of heat-related General Duty Clause violations many times in the past, so this ruling is expected to have a big impact on future cases, according to a blog post by law firm Ogletree Deakins.

The National Weather Service chart has two layers of information:

This second layer is the one the judge found lacked a scientific basis while hearing a case involving five citations issued in 2016 and 2017 against the United States Postal Service.

OSHA introduced the heat index chart as evidence, but USPS argued the chart’s second layer should be disregarded because:

USPS also had an expert who rebutted the idea the chart had any scientific validity.

OSHRC Judge Sharon Calhoun agreed with USPS, finding OSHA failed to provide supporting data for why the levels of risk indicated by the chart’s color coding are attributed to the respective temperatures.

‘Highly unlikely to be challenged’

The agency hasn’t asked for a full commission review yet, and unless a review is granted – and Calhoun’s decision is adopted as the commission’s own – this decision will not be binding on any other judge or the full commission.

Should OSHA get a review, Calhoun’s findings “are highly unlikely to be challenged, let alone overturned.”

The bottom line is, even if the decision remains non-binding, it will still be influential and likely spells “the end of OSHA’s ability to rely on the NWS heat index chart.”