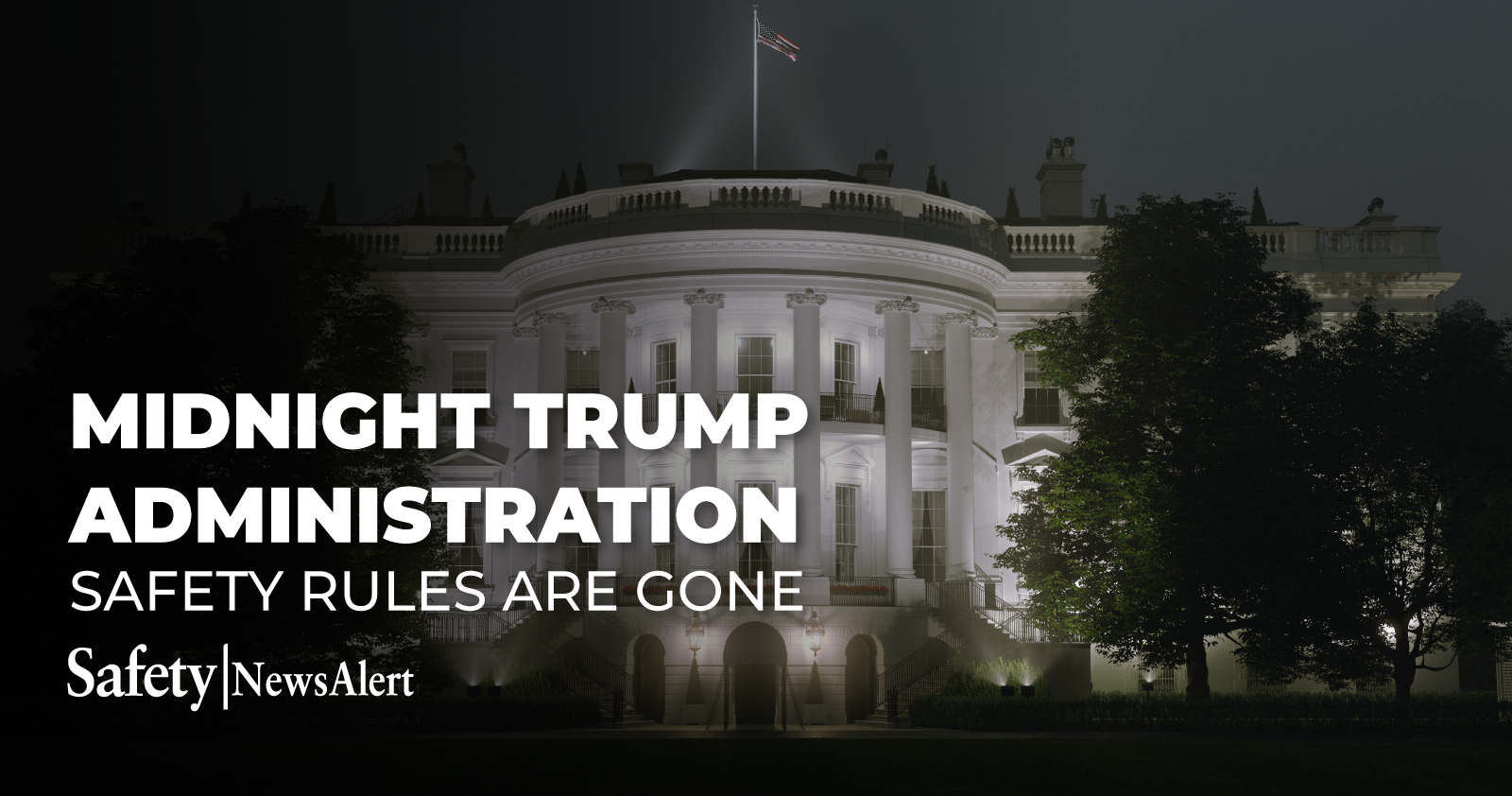 “All of the Trump executive orders that applied to regulatory reform or deregulatory efforts — they’re gone. They’re no longer in effect,” said occupational health and safety attorney Adele Abrams.

Speaking during the Premier Learning Solutions webinar “Safety Polices in 2021: How the New Administration Impacts Employers Now,” she said to consider any “midnight rules” related to OSHA or the Department of Labor added to the Federal Register after the election to be frozen and subject to review, re-opening and reconsideration by the Biden administration.

For example, an independent contractor (IC) classification rule that makes it difficult for ICs to claim employee status — and workers’ comp coverage if they get injured — is on hold and targeted to be rescinded.

Under the Congressional Review Act, Trump administration final rules rolled out in the last six months involving occupational safety may be subject to recall.

Watch out! As of Jan. 15, 2021, safety violation penalty amounts have increased:

“Let’s say (a violation was found) in October, but you’re only getting the citation now. It can be assessed under these higher penalties,” Abrams said.

With these steeper price tags, the time has come for a top-to-bottom safety inspection of your company’s sites.

If you’re in an OSHA state plan state, you may have a little more time to prepare. “Very often, they have to pass legislation to update their penalties and come in sync with the feds. So (there) may be a bit of a lag time before you’re seeing those kinds of penalties,” Abrams said.

An executive order by President Biden calls for OSHA and MSHA to adopt a COVID-19 emergency temporary standard.

According to Abrams, Secretary of Labor nominee Marty Walsh is likely to aggressively advocate for tighter silica dust rules because his father’s health was impacted by dust exposure on the job at construction sites.

Still on the table from the Trump administration is a re-opening of the federal crystalline silica rule for general industry and construction to make it easier for companies to comply by expanding Table 1 and reducing the sampling requirement. Look for the Biden administration to make changes and reboot the rule, she said.

Thanks to a decision by the 11th Circuit Court, an Obama era MSHA workforce examination rule for metal/nonmetal mines; sand, gravel and cement operations and stone quarries has been reinstated. It requires detailed documentation that needs to:

There may be a revival of workplace violence prevention legislation to protect healthcare and social services professionals. Except now, it will likely be expanded to all industries, Abrams said, because, “when you’re having security guards and teenage workers at fast food places getting assaulted, and even killed, over face masks, I think it’s hard to argue that workplace violence is limited to just the healthcare and social services sectors.”

A 2020 joint employer rule that made it difficult for OSHA to consider two entities as a single employer for the purposes of determining fine amounts and liability was struck down by a U.S. district court as “arbitrary and capricious.” It’s a move the Biden administration Department of Labor would give a thumbs-up to, said Abrams.

The relaxed electronic illness and injury data reporting requirements under the Trump administration for worksites with 250+ employees were upheld by a federal district court. Forms 300 and 301 still don’t have to be electronically filed by large employers. It’s unclear if an appeal is coming. Meanwhile, the reporting deadline for 2020 Form 300A data is March 2.