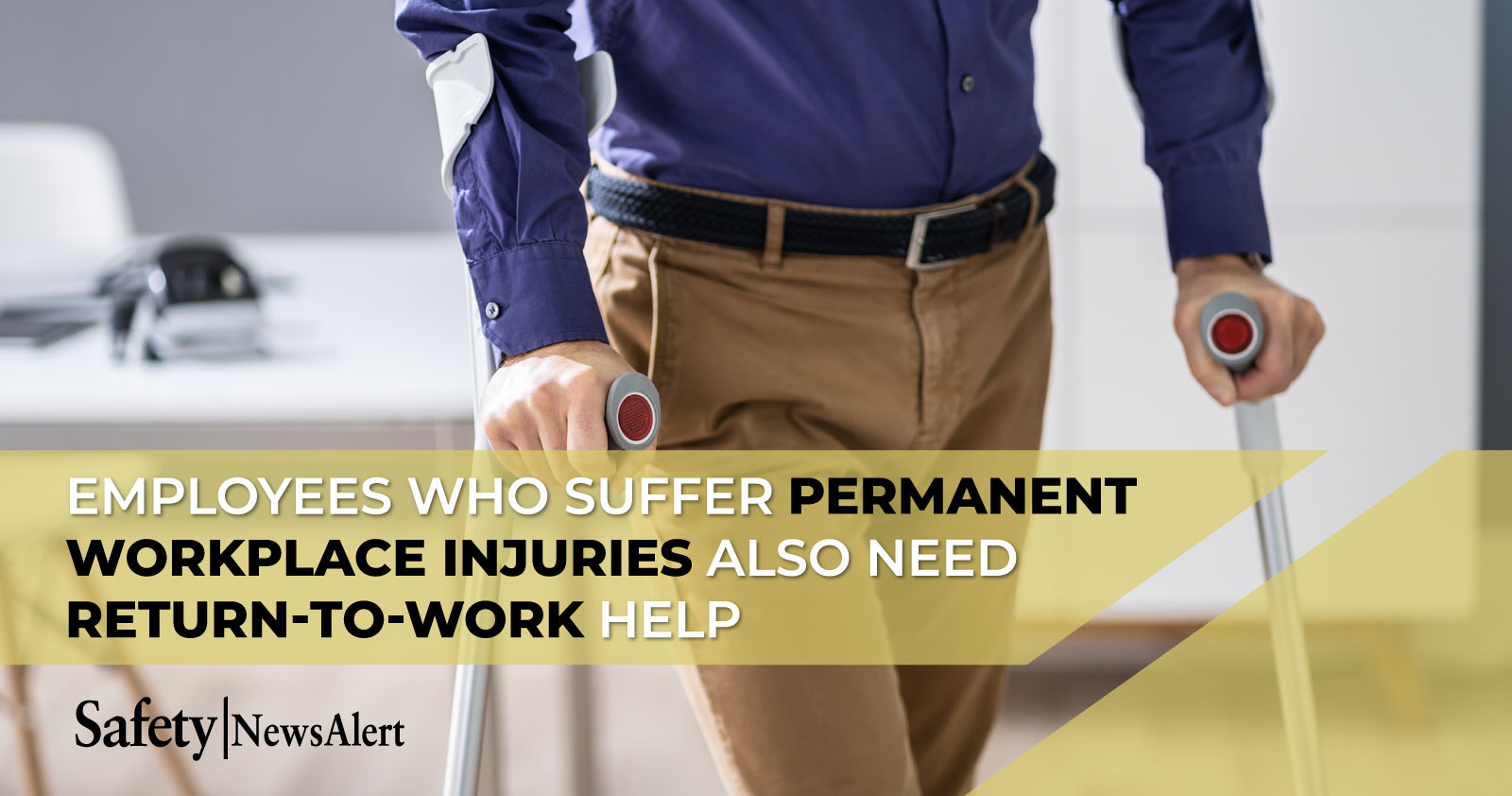 Employees who suffer permanent workplace injuries need assistance both returning to work and preventing them from getting hurt again, according to researchers at the University of Washington.

The research, which was funded by the National Institute for Occupational Safety and Health, shows that workers who suffer permanent injuries have difficulty getting and keeping a job and are at higher risk of being injured again.

With almost three million non-fatal work-related injuries and illnesses in the U.S. every year, about 10% – or 300,000 – result in permanent injury and ongoing partial disability, according to a NIOSH newsletter article on the research.

While workers’ compensation benefits can help permanently injured employees financially, it may not keep them from having to return to work.

Researchers surveyed permanently injured workers in Washington State so they could better describe outcomes for workers with permanent injuries who returned to work within a year of their workers’ compensation claim closing.

Pain and chronic opioid use

To help these workers get back to work and continue work – and to reduce their risk of getting hurt again – NIOSH suggests prioritizing intervention through workplace and workers’ compensation programs.