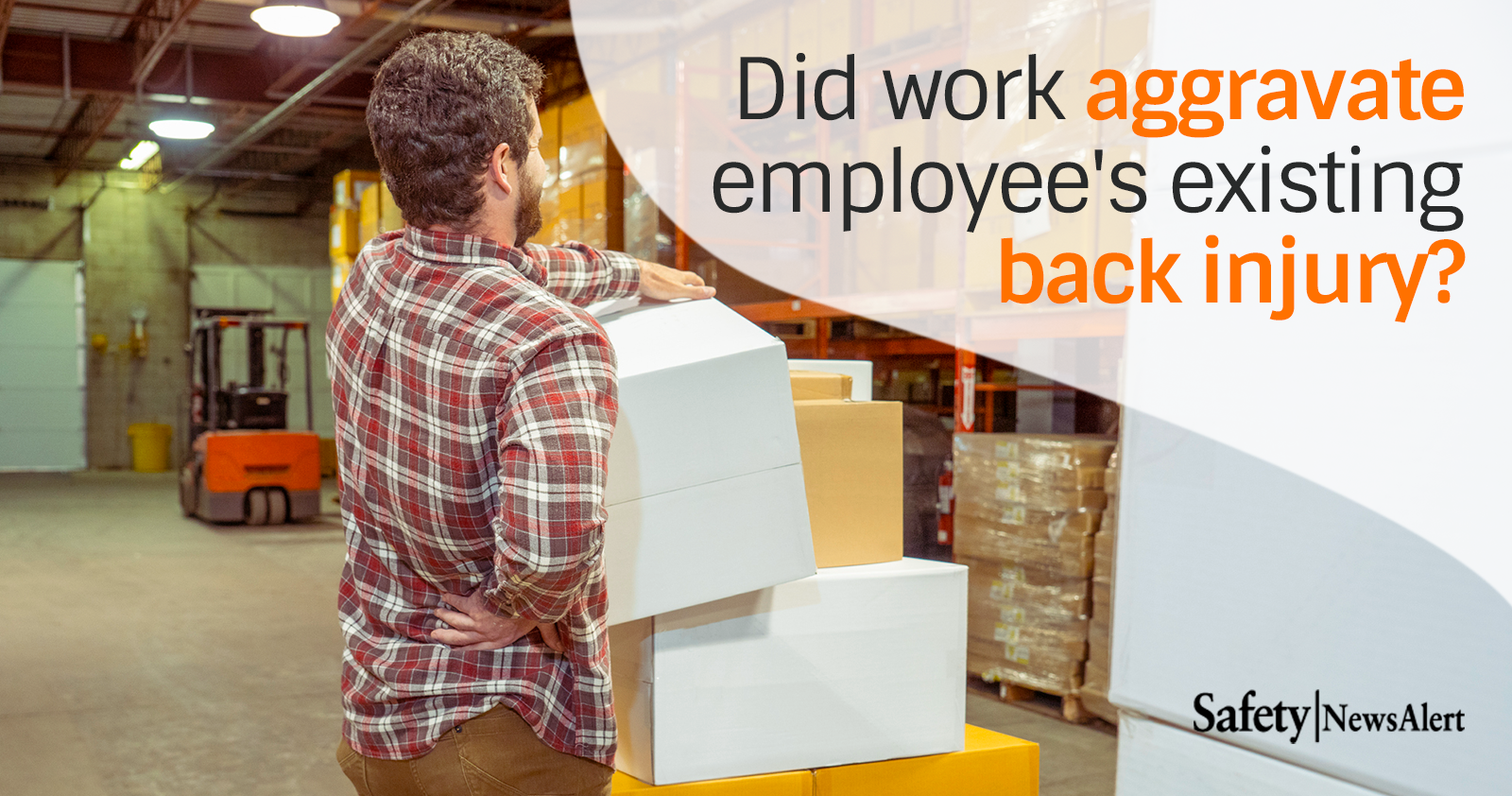 His doctor said an employee’s frequent lifting at work aggravated a pre-existing back injury. Did a court agree and award workers’ comp benefits?

Nielsen injured his back, outside of employment, while helping his landlord lift a refrigerator.

After missing work for eight days because of the injury, Nielsen was reassigned from his position as an order-filler to a forklift driver, although he continued to help with order pulling.

Two years after his injury, an MRI showed Nielsen had “a diffuse central-disc protrusion … with mild impingement on both existing nerve roots.”

His treating physician said Nielsen’s employment “caused or aggravated his low back condition.”

A doctor conducted a medical evaluation of Nielsen for Walmart. This doctor diagnosed Nielsen with low back pain “without reasonable industrial cause, accident or injury.”

Nielsen filed for temporary total and permanent partial disability, claiming he suffered “repetitive injury” as a result of employment with Walmart. The company denied his request.

An administrative law judge (ALJ) heard Nielsen’s case. Because of the differing medical opinions. the ALJ referred the case to a medical panel.

The panel reviewed all of Nielsen’s medical records and concluded his low back pain wasn’t caused by workplace exposure but was more likely the result of non-work factors, including his history of back pain, obesity and decrease in physical activity.

The ALJ adopted the medical panel’s opinion, as did the Utah Labor Commission Appeals Board. Nielsen appealed to a state court.

The appeals court noted that the “thorough and well-reasoned” opinion provided by the medical panel was based on “impartial and collegial review of all of Mr. Nielsen’s relevant medical history,” and that the Board found the medical panel’s review to be more persuasive than the opinion of Nielsen’s doctor.

A workplace incident may aggravate a pre-existing condition, and that may qualify for workers’ comp benefits, the appeals court said. But that wasn’t the case for Nielsen.

The burden to show a previous injury was aggravated at work is on the employee, and Nielsen didn’t prove that, according to the court.

The Utah Court of Appeals upheld the Board’s decision that Nielsen’s low back injury wasn’t work-related and that he wouldn’t receive workers’ comp benefits.