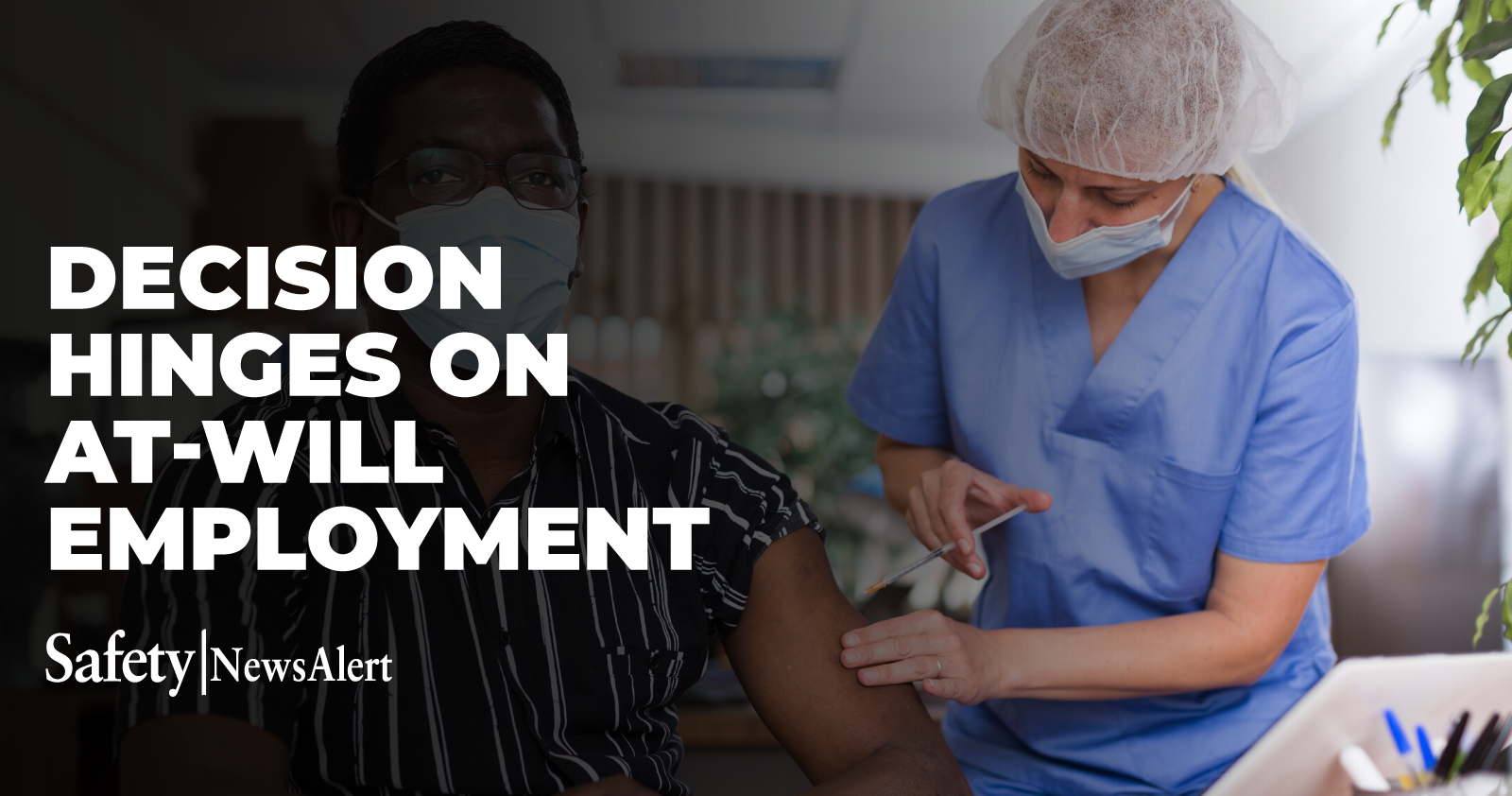 Even though the U.S. Supreme Court blocked OSHA from instituting a COVID-19 vaccination rule, can a private employer institute its own mandatory vaccination policy? According to the Louisiana Supreme Court, yes it can.

In a Jan. 7 decision, the Louisiana Supreme Court found that a private employer – a hospital in this specific case – can impose a COVID-19 vaccination mandate on its employees and fire those who don’t comply.

Hayes v. University Health Shreveport involves a medical center that notified all employees they were required to be fully vaccinated against COVID-19 by Oct. 29, 2021, and employees who didn’t comply would be subject to disciplinary action.

If they failed to be vaccinated by that date, they would be subjected to mandatory use of leave time and eventually terminated.

‘At-will’ status made the case a simple one

In response to the mandate, 39 employees filed a lawsuit seeking a judgment that would call the vaccination mandate unlawful, according to law firm Reed Smith.

However, the court found the issue was a simple one since the workers who filed the lawsuit were all at-will employees, meaning the employer can dismiss such an employee and the worker is at liberty to leave the company.

“So, while you might think that the vaccine mandate by a medical employer is especially necessary and appropriate, that fact actually hardly matters in this case,” Stephen McConnell, an attorney with Reed Smith, said.

And yes, at-will employment rights are governed by federal and state provisions – an employer can’t discriminate against its at-will employees – but in this situation those limitations didn’t come into play.

The arguments by the employees against the mandate revolved around a right to refuse medical treatment and a right to privacy, both of which are triggered by government actions in Louisiana.

This employer was a private, nongovernmental entity.

Prior to the Supreme Court decision, a trial court ruled in favor of the hospital, but an appeals court reversed, finding that termination violated the employees’ constitutional rights.

The employer took that decision to the state’s Supreme Court leading to this latest decision which dismissed the appeals court ruling and reinstituted the trial court decision, meaning the employer is entitled to terminate employees for failure to comply with its vaccine mandate.