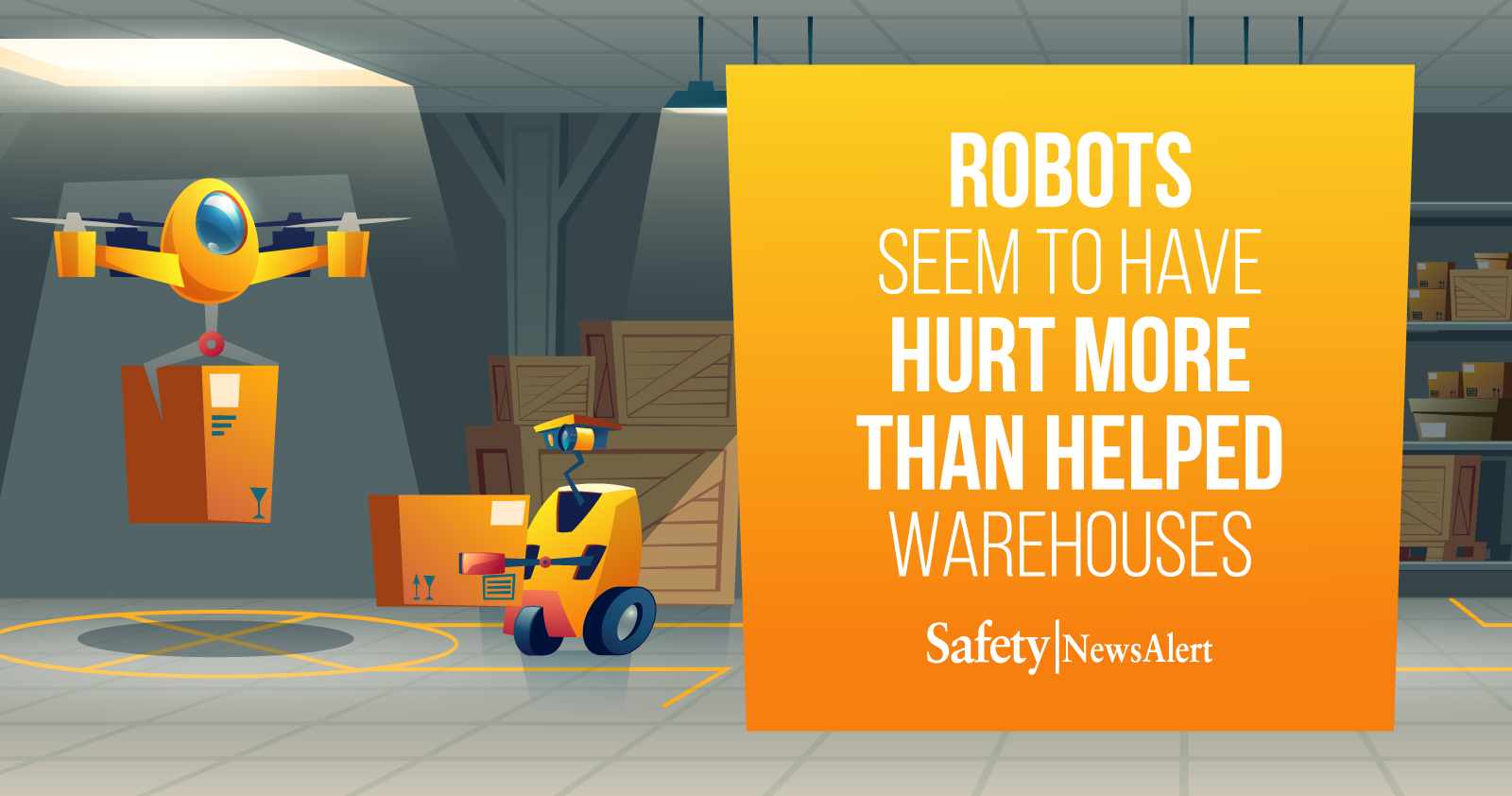 Amazon’s reliance on automation, combined with peak season work activity in its warehouses, appears to have hurt more than helped its human workers, judging from injury rates revealed in a recent report.

The company’s innovative robotic warehouses – touted by Amazon as being good for human workers – and high-pressure peak business seasons like Amazon Prime Day and the weeks leading up to Christmas resulted in injury rates almost two times higher than the industry standard.

In 2019, Amazon recorded 14,000 serious injuries at its fulfillment centers, with an overall rate of 7.7 serious injuries per 100 employees – 33% higher than what was recorded in 2016 and “nearly double the most recent industry standard,” according to a report from The Center for Investigative Reporting’s Reveal News.

Company records – including internal safety reports and weekly injury numbers from Amazon’s warehouses – reveal a “mounting injury crisis at Amazon warehouses, one that is especially acute at robotic facilities and during Prime week and the holiday peak.”

These reports and records affirm accounts from Amazon workers and former safety professionals who reported the company used robots to “ratchet up production quotas to the point that humans can’t keep up without hurting themselves.”

For the past four years, injury rates were significantly higher at Amazon’s robotic facilities than in its traditional warehouses.

The problem lies in the robots being too efficient, as they can retrieve items for an order so quickly the productivity expectations for human workers more than doubled, and kept rising as time went by.

And internal data on the busy weeks around Amazon Prime Day and Cyber Monday show spikes in injury rates, with those two weeks having the highest rates of serious injuries for 2019.

While Amazon did launch pilot programs intended to reduce injuries – through job rotation, adjusting shelving heights and ergonomic changes – none of them were intended for use during peak seasons.

In 2015, just one year after the company introduced its fleet of robots, OSHA issued a hazard alert to an Amazon robotic facility in New Jersey.

OSHA said the facility exposed employees to multiple ergonomic risks, including standing for entire 10-hour shifts for four days a week, and recommended extra rest breaks and job rotations to reduce the hazards.

Outside of the already abandoned pilot programs, Amazon has yet to implement these measures.