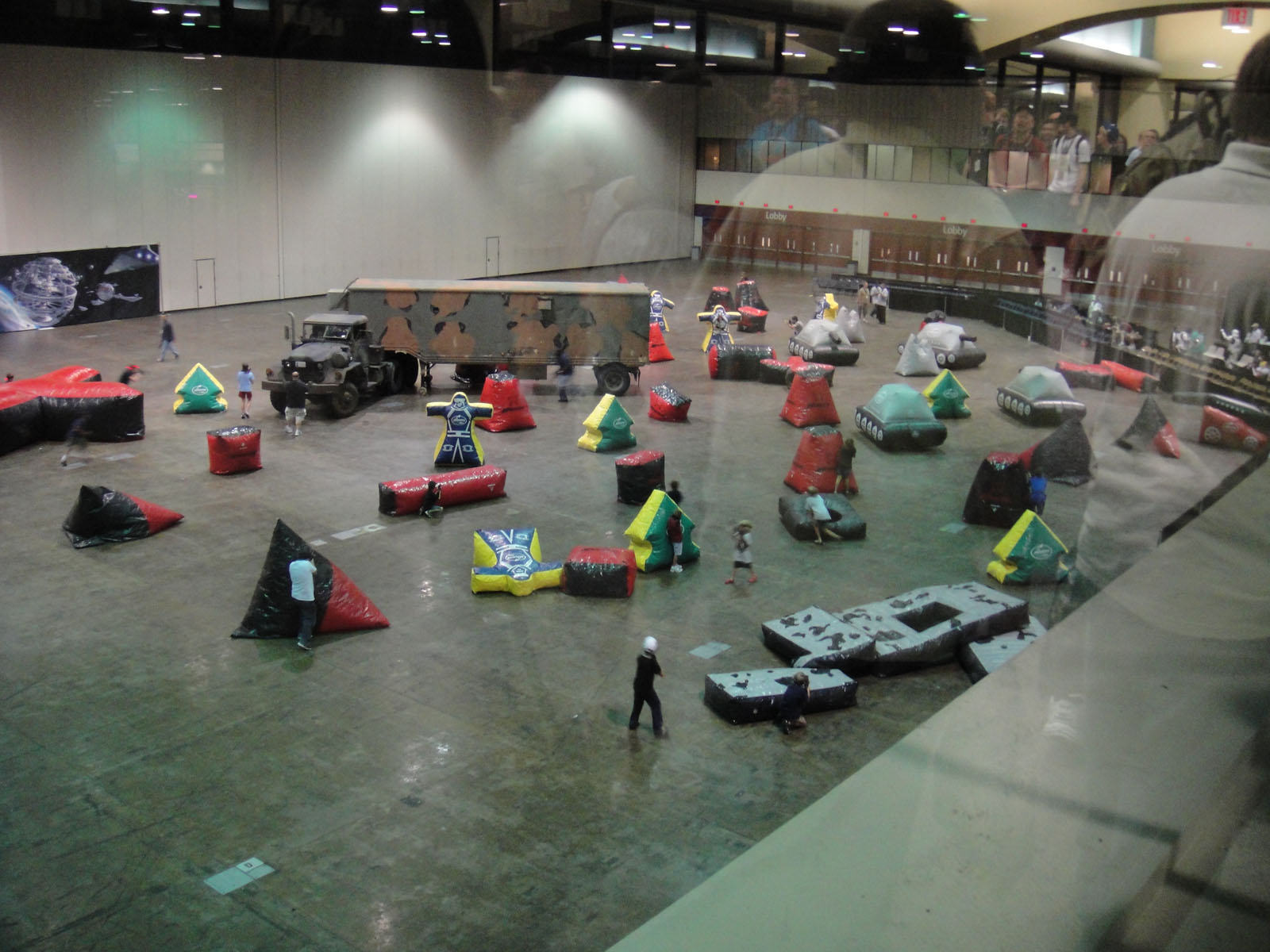 Ah, team building! Getting to know your co-workers better! Establishing working relationships! Then, someone has to go and ruin it all by getting hurt during laser tag.

Workers’ comp even predated team building, which supposedly started after studies in the late 1920s.

So it might be fair to say that lawmakers didn’t anticipate cases like this one when the comp system was set up.

But like all laws, it’s up to courts to adapt them to modern circumstances. That’s how you get decisions like this one.

Timothy Holliday worked for Tropical Nut & Fruit Co. in North Carolina as a territory manager and outside sales representative.

From Aug. 18-20, 2011, Tropical had its annual sales and marketing conference. Attendance was mandatory for Holliday, and he was paid his normal salary during the three days. He wasn’t permitted to bring his spouse or children along.

Holliday was assigned to a laser tag team. About 15 minutes into the game, he felt sharp pain in his leg which became severe when he attempted to continue.

He told his manager he injured himself during laser tag, iced his knee and attended the remainder of the conference.

Afterward, he saw an orthopedist who ordered an MRI which revealed tears to the medial meniscus and the lateral meniscus.

First, Holliday had arthroscopic surgery. Eventually he had an entire knee replacement.

Holliday applied for workers’ comp, and Tropical denied his request.

A workers’ comp judge found his injury had occurred in the course and scope of his work, therefore he should receive temporary total disability payments and medical benefits. The North Carolina Industrial Commission concurred. Tropical appealed to a state court.

Tropical didn’t argue that attendance at the bowling/laser tag event wasn’t mandatory. It would’ve been a difficult argument: Attendance was taken.

But the company did try to argue that, while attendance was mandatory, participation wasn’t. If someone didn’t want to participate, they just had to say so.

However, when pressed on the issue, the company admitted that it didn’t expressly inform conference attendees that only their attendance, rather than their participation, was mandatory.

Two other factors were important to the court’s decision:

In previous cases, North Carolina’s Supreme Court recognized three scenarios where an injury suffered during a recreational or social activity would be compensable:

The state appeals court awarded comp benefits to Holliday, including for temporary total disability. While the court decision doesn’t specify the length of benefits, full recovery from knee replacement surgery can take from three to six months.

These cases will vary from state to state with different workers’ comp laws. Some states’ have even more exceptions that allow travelling employees to get comp benefits for injuries during recreational or social activities.