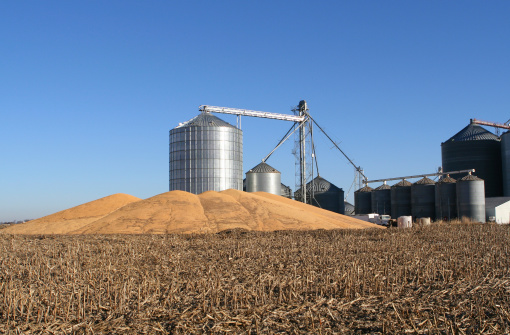 “He walked into the grain storage bin on his own two feet, but he left in an ambulance.”

That’s OSHA’s description of what happened to an employee at the Beattie Farmers Union Cooperative in Waterville, KS, on Aug. 28, 2014.

Following the incident, OSHA investigated and found one willful, one repeat and three serious violations for a total of $65,900 in fines.

Beattie employees were cleaning out two steel grain bins at the same time, according to OSHA. The auger for one was turned on while the worker who was injured was inside cleaning out grain. He became entangled in the auger, and doctors had to amputate all the toes on his left foot. The employee hasn’t been able to return to work since.

OSHA cited the company for:

Beattie was cited previously for failure to install safety mechanisms in 2010.

Preventing grain dust buildup is one of the grain and feed industry’s six major hazards, according to OSHA. The force from a grain explosion can cause employee deaths, injuries and destruction of buildings. The U.S. Chemical Safety Board identified 281 combustible dust incidents from 1980 to 2005 that led to 119 worker deaths and 718 injuries.

Beattie employs 41 workers at six locations and has annual sales of about $60 million.

The company has 15 days from receipt of the violations to comply, request an informal conference with OSHA or contest the findings before the Occupational Safety and Health Review Commission.

Under OSHA’s recently updated injury reporting requirements, companies must report all work-related amputations, inpatient hospitalizations and losses of an eye within 24 hours. OSHA recently responded to employer questions about what constitutes an amputation.