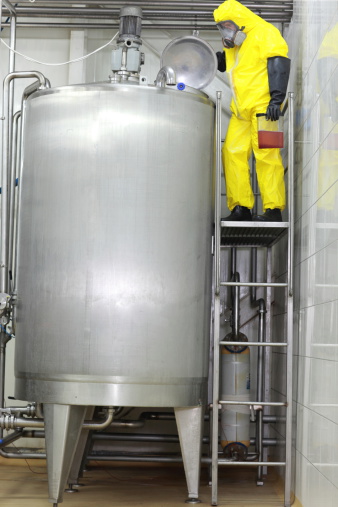 A maintenance worker fell into a vat of acid at a manufacturing plant, suffering severe burns. OSHA says the company knew about the hazards the worker faced but did nothing to prevent an injury like the one that happened.

In July 2014, the worker at WKW Erbsloeh North America Inc.’s Pell City, AL, plant was helping with tank maintenance when he slipped, fell backward, and submerged into a tank filled with highly corrosive phosphoric and sulfuric acid.

He suffered severe burns to his face and internal organs.

WKW was cited for violations similar to the ones OSHA labeled repeat in March 2010 at the Pell City facility.

The company has been inspected by OSHA eight times since 2009 and received citations related to:

The worker in this case was placed by a temp agency, but OSHA decided after investigating not to issue fines to the placement service. Two years ago, OSHA announced an initiative to improve workplace safety for temp workers.

The company has 15 business days from recipt of its citations to comply, request a conference with OSHA or contest the findings to the Occupational Safety and Health Review Commission.