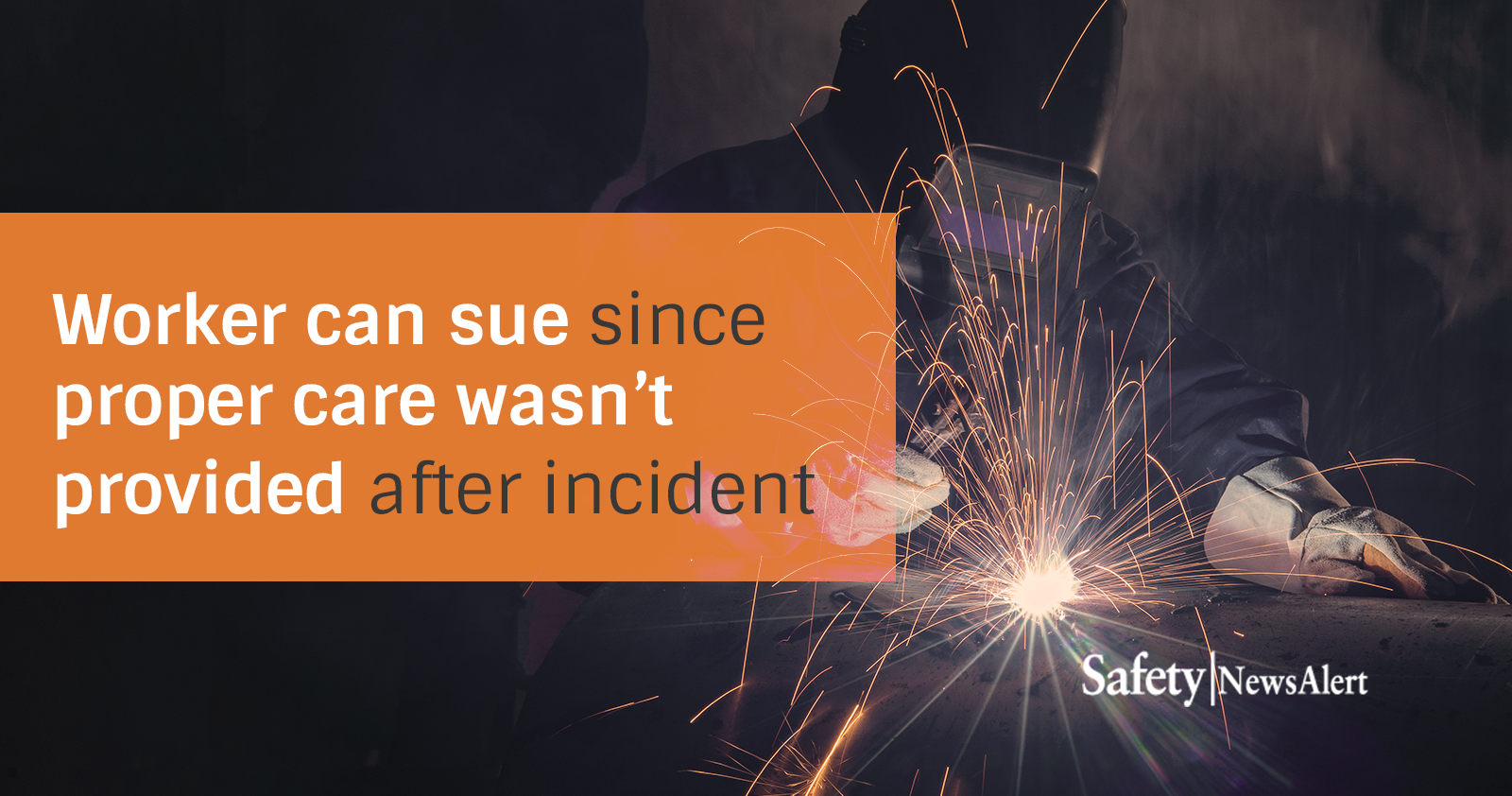 An injured employee whose co-workers failed to get him proper medical care can move forward with a negligence suit against his employer, according to an Alabama Supreme Court decision.

The court agreed the post-incident acts of the other employees didn’t arise out of the course of the worker’s employment, so his case couldn’t be barred under the state’s Workers’ Compensation Act.

Alexsie McCoy, an employee of Burkes Mechanical Inc., was injured April 6, 2018, while working with two other Burkes employees in a hot, confined space at a mill owned by International Paper Company.

McCoy and the two other workers were using welding torches to cut heavy metal plates inside a machine when a worker employed by another company broke a welding line, which ignited the air, causing severe burn injuries to McCoy.

Hospital staff told McCoy his burns were too severe to be treated there, so he was transported to another facility where he was hospitalized for a week.

Not an ‘injury’ by workers’ comp definition

McCoy filed a workers’ compensation claim against Burkes Sept. 20, 2018, and filed a negligence suit against the company at the same time, claiming Burkes failed to furnish appropriate medical care after his workplace accident.

Burkes filed a motion to dismiss the case, arguing workers’ compensation was McCoy’s only relief under the state’s Workers’ Compensation Act, but a trial court judge denied the motion.

On appeal, the state Supreme Court found the definition of “injury” according to the Act “shall mean only injury by accident arising out of and in the course of the employment … injury does not include an injury caused by the act of a third person or fellow employee (for personal reasons).”

Because there were questions as to whether or not the post-incidents acts of the other employees further complicated McCoy’s work-related injuries, the “exclusive-remedy” provisions of the Act wouldn’t bar McCoy’s suit, according to the Supreme Court’s decision.