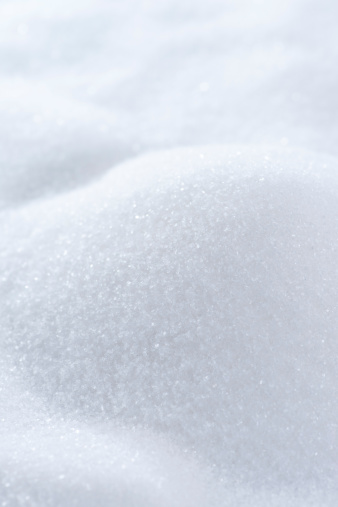 OSHA says a manager at a sugar packaging plant removed a safety device from a machine because it was slowing down production. Two weeks later, a worker died because the device wasn’t in place.

Joint reporting by ProPublica and Univision tells the story of Janio Salinas, 50, a temp worker at the CSC Sugar plant in Fairless Hills, PA.

One day in February 2013, Salinas was among a group of workers bagging mounds of sugar. Sugar clumps would get clogged in a massive hopper, and workers had to break up the clumps by climbing into the hopper with shovels.

Some of his co-workers said Salinas had been breaking up the clumps. When other workers returned from lunch, they didn’t see Salinas, but a shovel was in the hopper buried up to its handle in sugar.

Then, someone noticed what appeared to be blue jeans in a small gap in the bottom of the hopper.

It was Salinas who had been buried alive in sugar. He died of asphyxiation.

Before the fatality, CSC had installed a screen over the hopper to prevent sugar clogs. But ProPublica’s investigation shows it was removed 13 days before Salinas’ death. The plant manager ordered it removed, employees told OSHA, because it slowed down production.

On top of that, a worker had a near miss performing the same duty before the incident involving Salinas. The worker was able to get to the side of the hopper after the sugar started to shift below him.

OSHA initially fined CSC $25,855. After the company installed a safety guard and initiated a new procedure to break up the sugar clumps, OSHA reduced the fine to $18,098. That’s a 30% reduction.

Despite removing the screen, OSHA’s violations weren’t classified as willful. The director of the local OSHA office told ProPublica the violations the agency found didn’t show “total disregard” for OSHA standards. Willful designations would have made the fines a lot higher. The maximum for a serious citation is $7,000; the maximum for a willful citation is $70,000.

At the time of the fatality, every employee at CSC’s warehouse operation, even its manager, was a temp employee.

The warehouse manager (different from the plant manager mentioned above) told OSHA he had complained repeatedly to upper management about the dangers of being engulfed in the sugar hopper. He asked the plant manager for a safety device to prevent clogging, but the initial response was that they couldn’t provide one because of financial constraints.

Then, after one was purchased, it was removed, and Salinas died.

Several other temp workers at the CSC Fairless Hills plant said they never received training from the company.

OSHA fined CSC in 2010 for failing to train temp workers at another plant. At the time, CSC said it depended on the agencies to train the temp workers.

ProPublica and Univision conducted an investigation into the plight of temp workers. The Spanish-language TV network sent two producers to work for temp agencies.

Five of the seven agencies they visited provided employment forms only in English even though the two producers spoke Spanish and the overwhelming majority of workers at the agencies didn’t speak English. One producer was asked to sign a safety quiz that had already been filled out by someone else.

OSHA has made temporary worker safety a priority. It holds both companies and temp agencies jointly responsible for training and has issued fines to both.

ProPublica says this report is part of an ongoing investigation. ProPublica has conducted other investigative reporting into U.S. workplace safety.