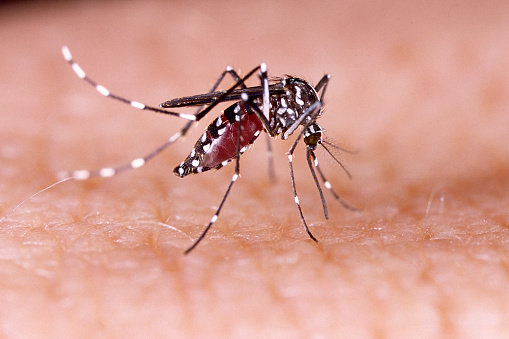 Early cases of Zika in the Miami, FL, area could set a precedent.

So far, the city of Miami Beach has refused workers’ comp benefits for two police officers who work in a Zika zone and have contracted the virus which is spread by mosquitoes.

The New Times in Miami reports the two officers are certain they caught the virus while on patrol. Officer Michelle Sayegh works on Ocean Drive in Miami Beach’s Zika zone. She lives in Broward County which is well outside the zone.

Officer Sayegh was initially granted workers’ compensation but that decision was reversed days later. The second officer with Zika was denied comp from the start.

“He/she must show that the exposure/bite took place while on duty and identify the specific infected mosquito,” wrote Miami Beach City Manager Jimmy Morales in a letter to the police union.

“Unlike heart conditions, there is no presumption that Zika is an occupational disease,” Morales wrote. The city manager said the municipality is applying comp law properly and “based on the existing workers’ compensation statutes, a denial of both known recent claims is warranted.”

Morales said if further medical documentation is provided, the cases could be reconsidered.

The city manager also said the two police officers aren’t the only city employees who have caught Zika.

The head of Miami Beach’s police union said the two officers were forced to take sick leave and pay for deductibles through medical insurance. Sayegh was later given back her sick days and placed on paid administrative leave. She’s now back at work, but reports still suffering from joint swelling and headaches.

The New Times reports the outcome of these early cases “could have big implications nationally.” How the Florida cases are handled could set a precedent.

Union officials are asking state lawmakers to pass measures to make sure outdoor workers are covered for getting the Zika virus.

OSHA has published interim guidance on protecting workers from Zika.