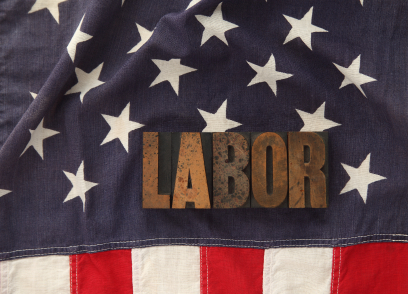 President-elect Trump is set to nominate fast food millionaire Andrew Puzder to be the next U.S. Secretary of Labor. So, what does he think about OSHA and occupational safety?

Puzder is CEO of CKE, parent company of Hardee’s and Carl’s Jr. restaurants.

His record on OSHA and safety is similar to Trump’s: He’s said very little about it.

Just as Trump likes to use Twitter, Puzder writes a blog where he posts about various labor and business topics.

Looking at his blog, Puzder’s focus seems to be on Obamacare, the minimum wage and the recent attempt by the Obama administration to change to rules regarding overtime pay.

Search his blog for “OSHA” and you won’t find a single entry.

However, searching for “safety” does turn up a couple of interesting posts.

“Our critics would have you believe … that we’re against ‘environmental protection’ or eager to ‘end workplace safety standards.’ These falsehoods remind me of the late Sen. Daniel Patrick Moynihan’s observation, ‘Everyone is entitled to his own opinion, but not to his own facts.'”

Koch goes on to note that his companies “earned well over 700 awards for environmental, health and safety excellence since 2009,” many of them from EPA and OSHA.

Koch Industries had a federal OSHA partnership that started during the George W. Bush administration in January 2003. It concluded in June 2009, less than five months after President Obama took office.

While OSHA under President Obama has created some partnerships with businesses, it leans toward developing them with trade unions. Count on a reversal of this after Jan. 20, 2017.

In the early years of the Obama administration, there was talk about severely limiting the funding for VPP. An outcry from businesses and some in Congress forestalled any draconian cuts in VPP.

The 2014 WSJ article by Koch notes that in 2012, the total case incident rate for Koch refineries was 67% better than for the overall industry.

The only other entry on Puzder’s blog to mention occupational safety was one from February 2013, Texas and California spar over jobs and taxes.

Puzder wrote that Texas was much better positioned to create jobs compared to California:

“As the ‘Texas Wide Open for Business’ website points out … it’s also known for minimal environmental and worker health and safety regulation.”

What does all this mean?

Until we see something different, it points toward a return to the OSHA we saw most recently in the George W. Bush administration. Notably, that administration revoked only one occupational safety regulation, the last-minute ergonomics standard enacted at the end of the Clinton administration.

With this change from Democrat to Republican administration, the number of revoked regs may be slightly larger, but it still won’t be a huge number. In his blog post praising Texas’ business climate, Puzder calls for “sensible regulations” such as “Texas’ light regulation.”

From 2001 to 2008, OSHA put more of an emphasis on cooperative programs with businesses than enforcement. Of course, enforcement didn’t go away, but the average cost of a fine was lower during the Bush years compared to the Obama years, including the period before maximum fines were increased under the 2016 federal budget act.

OSHA isn’t going anywhere. But, just like when the chef, but not the cuisine, changes at your favorite restaurant, the recipes will change a bit and some of the flavors will be a little different. But the restaurant will still be around and even look pretty familiar to its regular customers.