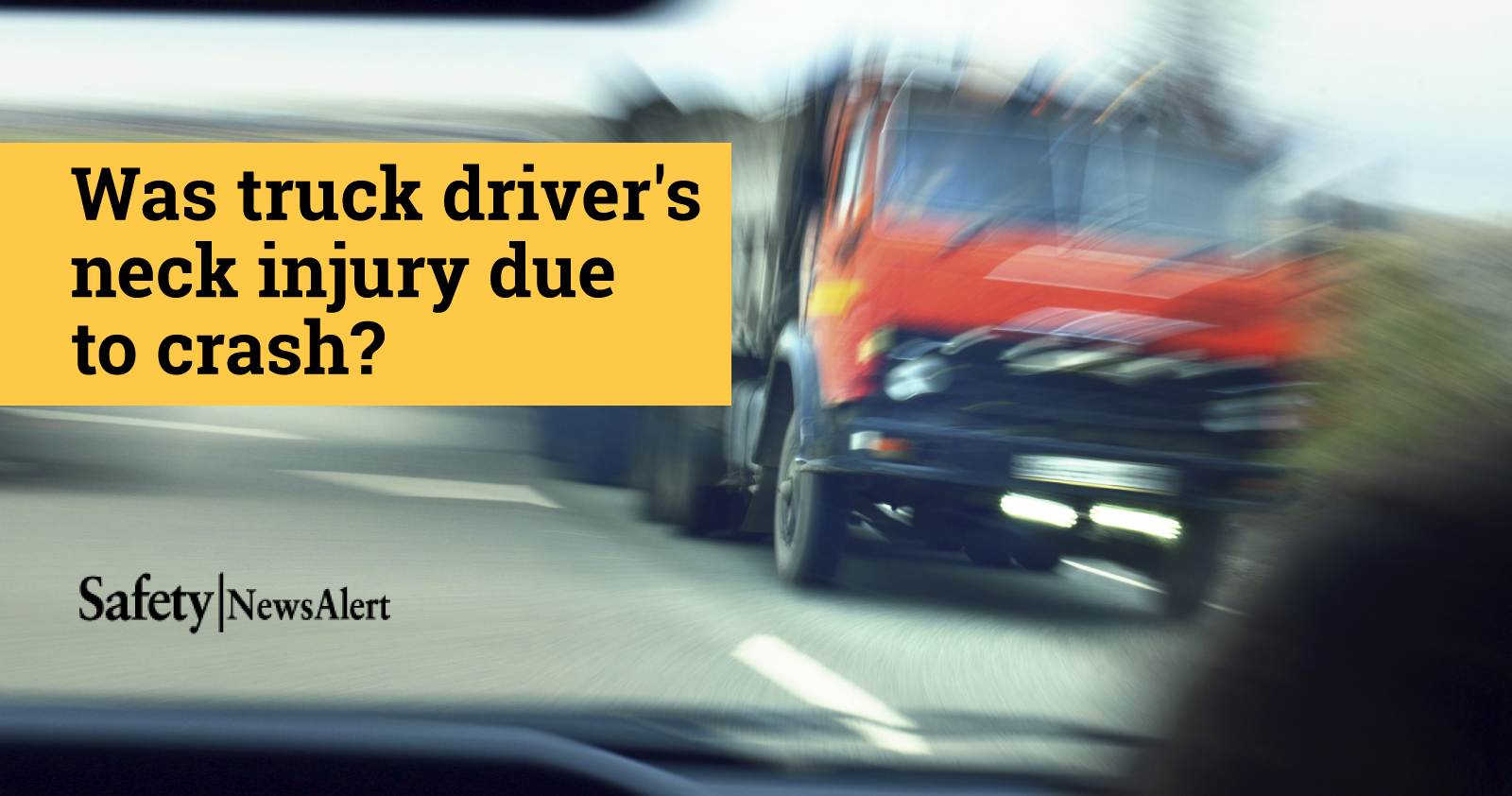 This employee applied for workers’ comp benefits for a neck injury. His employer said his neck problem was pre-existing and wasn’t due to work. Did he receive benefits?

On Aug. 28, 2009, Smith’s truck was struck by another 18-wheeler. Smith suffered severe cuts to his left elbow, along with neck and shoulder pain that radiated down his left arm.

Smith worked for Nu Verra as a truck driver until 2016 when he felt he could no longer perform some necessary functions such as climbing a ladder and handling heavy boxes.

While he was working, Smith saw an orthopedic specialist for arm numbness and neck pain from August 2010 to July 2012. The doctor said Smith had multi-level disc degeneration based on an MRI.

Neck pain ‘could have’ developed from crash

An independent medical evaluation in March 2012 noted Smith had a pinched nerve in his neck that “could have developed” as a result of the 2009 crash.

In 2017, an MRI of Smith’s cervical spine showed spinal stenosis. He had anterior cervical discectomy fusion surgery in November 2017. His neurosurgeon said a person could have pre-existing spinal stenosis that is asymptomatic, but, because of trauma, it becomes symptomatic. The doctor said this seemed to be the case with Smith – that the 2009 crash triggered his symptoms.

A workers’ comp judge (WCJ) found Smith failed to show a causal relationship between his 2009 crash and his 2017 pain and neck surgery. Smith appealed.

The appeals court noted that “a pre-existing condition will not bar an employee from recovery if he establishes that the work-related accident aggravated, accelerated or combined with the condition to cause the disability for which compensation is claimed.”

The appeals court overturned the WCJ’s decision because Smith’s “pre-existing degenerative disc disease is presumed to have been aggravated by his accident.”

Smith was awarded 23 weeks of total disability benefits for the period from when he had the surgery to when he returned to work.