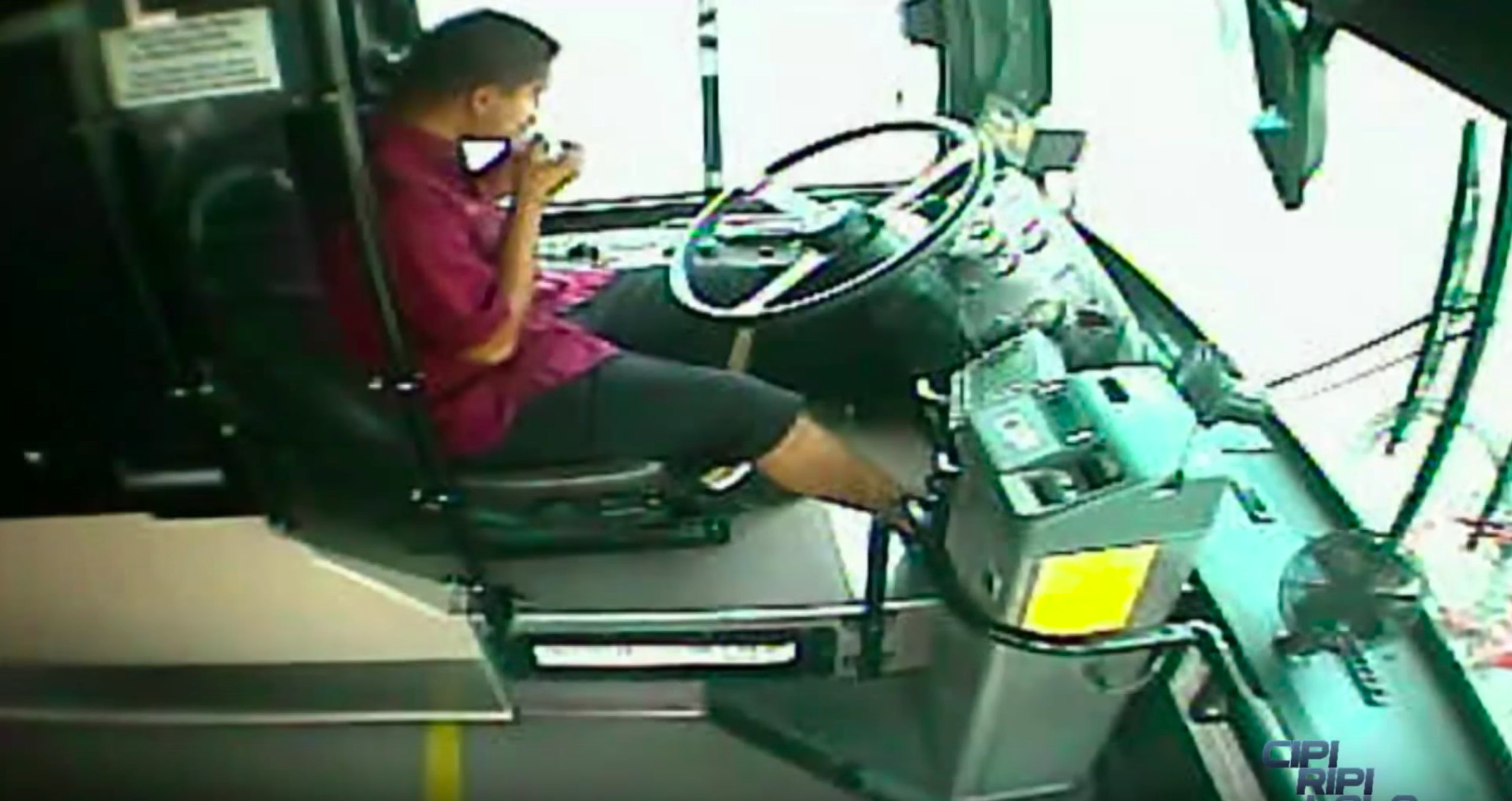 Due to the multiple cameras on this mass transit bus, we can see exactly what happens when drivers take their eyes off the road, even for a few seconds.

While there’s been a recent emphasis on drivers who are distracted because they’re on their cell phones, this video provides a reminder that there are other types of driving distractions. Distraction.gov provides this list:

The federal government website encourages employers to enact a company policy on distracted driving and provides a sample.