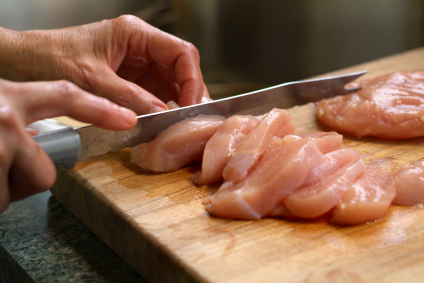 Following up on a report of an employee’s finger amputation, OSHA found enough violations to fine Tyson Foods Inc. $263,498.

At Tyson’s Center, TX, plant, the employee suffered the amputation when his finger got stuck in an unguarded conveyor belt. The worker was trying to remove chicken parts jammed in the belt.

OSHA issued two repeat and 15 serious violations. The repeat violations were for:

OSHA chief David Michaels called on Tyson to “set an example for workplace safety rather than drawing multiple citations from OSHA for ongoing safety failures.”

A note about this case: It’s one of the first in which the employer sees fines under OSHA’s new higher maximum penalties. Two of the serious violations carry the new maximum $12,471 penalty, while others are below the new maximum but above the old maximum of $7,000.

Tyson is the nation’s largest meat and poultry processor.

The company has 15 business days from receipt of the citations to comply, request an informal conference with OSHA’s area director or appeal to the Occupational Safety and Health Review Commission.