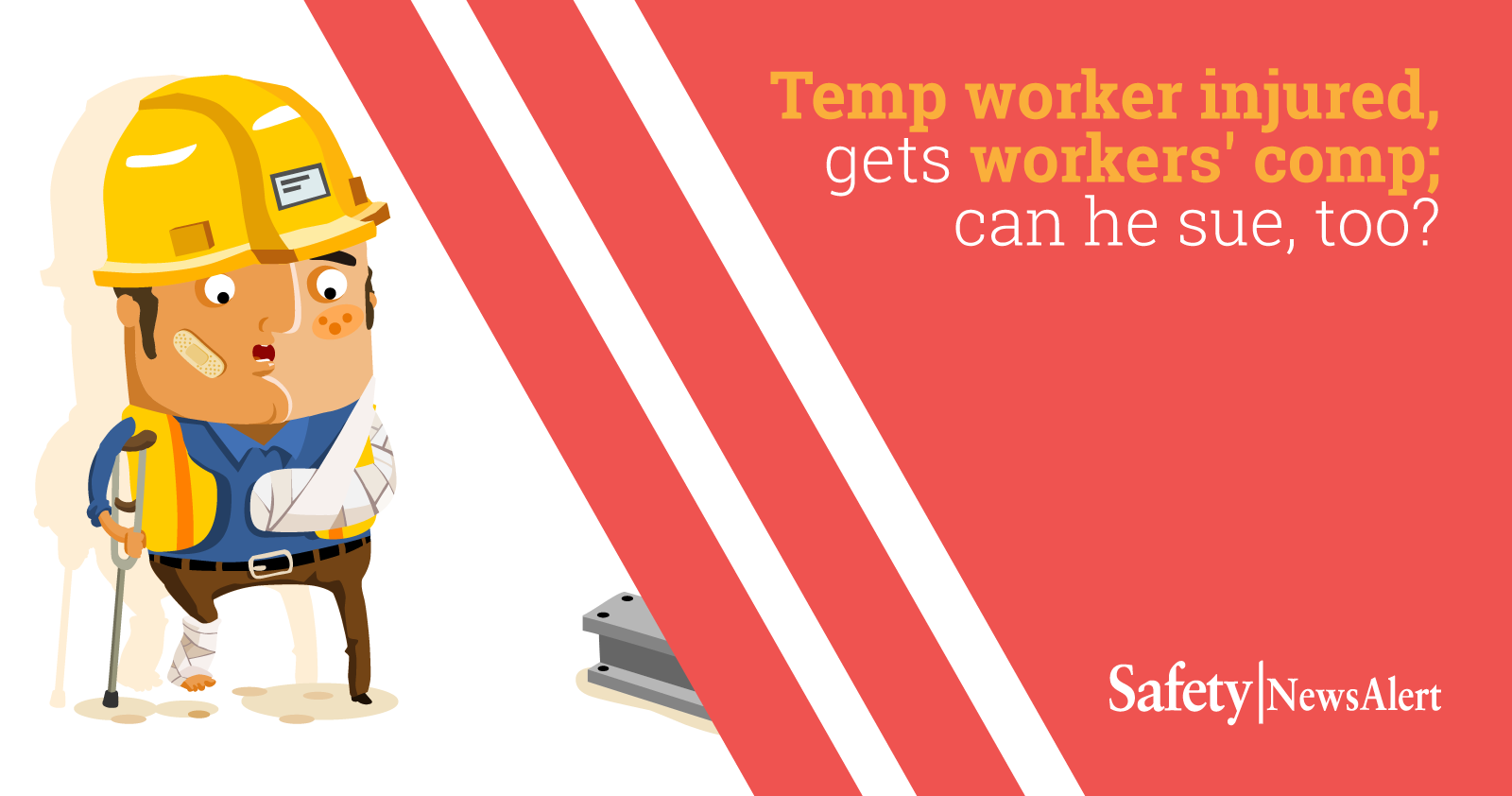 When a temporary worker is injured, can he get workers’ comp from the agency and still sue the employer?

Bruce Burrell was injured at Streamlight Inc. in Pennsylvania. He fell while disposing of trash in a compactor.

Burrell was a temporary worker hired by Aerotek, a recruiting agency, and was placed by Aerotek to work for Streamlight. Burrell’s injury occurred in the course and scope of his employment, and he received workers’ comp benefits.

However, Burrell also filed a negligence lawsuit against Streamlight alleging his injuries were caused by a dangerous condition at the facility.

Streamlight argued it was immune from the lawsuit because Burrell was acting as the company’s borrowed employee at the time he was injured.

A trial court granted Streamlight’s motion for summary judgment, throwing out Burrell’s lawsuit, on the ground that the company was his employer under the borrowed employee doctrine and therefore was immune under Pennsylvania’s workers’ comp law.

Burrell appealed, and the Pennsylvania Superior Court recently handed down a decision.

Who was controlling employer?

In Pennsylvania, the borrowed employee doctrine says when a worker employed by one company is furnished by that company to perform work for another company, the latter company is his employer under the workers’ comp law if it has the right to control his work and the manner in which the work is done.

Aerotek’s contract with Streamlight said temporary workers were paid by Aerotek and were employees of Aerotek. Aerotek was responsible for providing workers’ comp insurance.

However, the contract also said all work performed by the employee was under the technical management and supervision of Streamlight. It also said Streamlight could terminate an employee’s work at its facility.

The appeals court said while Aerotek hired and paid Burrell, Streamlight controlled his work. Therefore, Burrell, as a matter of law, was Streamlight’s employee under the workers’ comp law. That made Streamlight immune from this personal injury lawsuit filed by Burrell.

The Pennsylvania Superior Court upheld the lower court’s decision. Burrell’s lawsuit against Streamlight was thrown out.