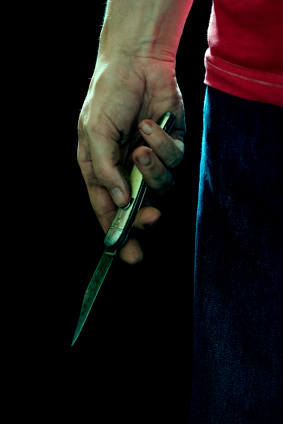 A worker’s ex-husband stabbed her while she was in the parking lot of her workplace. She had a restraining order against her ex, but a receptionist had let him know where the woman was. Should this injury be covered by workers’ comp?

Jennie Rosario was a field case-worker for the New Jersey Division of Youth and Family Services. On May 23, 2007, while Rosario was leaving the Division’s Maplewood office to get into a state-owned vehicle to perform her duties, her ex-husband violently assaulted her with a knife, stabbing her in the head.

Rosario had recently been transferred to the Maplewood office from another location at her request and had been granted a divorce just days before the attack.

She also had a domestic violence restraining order against her ex-husband which was issued after he kidnapped and attempted to murder her mother.

The Division knew about the threat posed by Rosario’s ex-husband. She highlighted in her request for a location transfer that her ex was making harassing calls to her and she was worried he would come to her office to “harass or injure” her. The security guard at the Maplewood office was told that anyone asking to meet with Rosario had to be screened.

Rosario’s ex-husband contacted the office where she used to work to find her, and was informed by the receptionist that she had transferred to the Maplewood office.

After the assault, Rosario applied for workers’ comp benefits. The workers’ comp court denied benefits, ruling that there wasn’t a sufficient connection between the assault and Rosario’s work. She appealed to a state court.

The workers’ comp judge cited a New Jersey Supreme Court ruling that divided the types of risks in comp cases into three categories:

The first two types of risk are compensable, according to New Jersey’s highest court. The third type is not.

The workers’ comp judge had determined that the incident involving Rosario and her ex-husband could have happened anywhere. The judge rejected the argument that the Division had a duty not to disclose her location.

“Whether an employer actually commits a negligent act is irrelevant to determining compensability – the sole issue is whether the injury is work-related.”

For that reason, the appeals court upheld the decision by the workers’ comp judge: Rosario would not receive workers’ comp benefits for the stabbing incident in the parking lot of her workplace.

What do you think about the decision? Let us know in the comments.