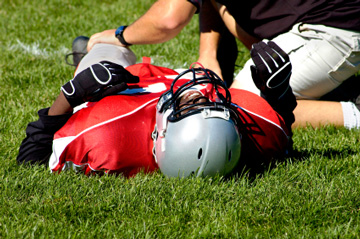 The serious ramifications of NFL players suffering concussions have received more and more attention. Now a professor of environmental health sciences is suggesting that OSHA “step up” to the challenge of making the sport safer for players.

A recent article in The Arizona Law Review, The NFL as a Workplace: The Prospect of Applying Occupational Health and Safety Law to Protect NFL Workers, considers what might happen if professional football players were subject to government regulations. Among its authors: Adam Finkel, professor at the University of Michigan School of Public Health.

The article says OSHA clearly has the authority to regulate the NFL. Of course, there are many reasons why that hasn’t happened.

Despite the lack of previous government action, the paper suggests there are several ways it could happen:

The paper says it’s most likely player health issues will continue to be addressed via collective bargaining agreement negotiations between the teams and players, with or without OSHA’s involvement.

At the same time, the authors point out the wide variety of ways for OSHA to intervene without formally regulating the NFL.

Do you think OSHA should be involved in ensuring the safety and health of NFL players? Let us know what you think in the comments.