While there’s good news to report in the federal government’s annual tally of workplace injuries and illnesses, the statistics also point to places where employers need to improve on this front.

Private industry employers reported slightly more than 3 million nonfatal workplace injuries and illnesses in 2013. The incidence rate was 3.3 cases per 100 equivalent full-time workers, down from 3.4 in 2011 and 2012. The rate has declined each of the last 11 years with the exception of 2012.

The incidence rate for more serious cases – those requiring days away from work, job transfer or restriction known as DART cases – also declined to 1.7 from 1.8 where the rate had held steady from 2009 through 2012.

However, over half of the private industry injuries and illnesses were DART cases.

Some other key findings from the Bureau of Labor Statistics’ (BLS) report:

Over time, most of the overall injury rates have fallen (see Charts 1 and 2). 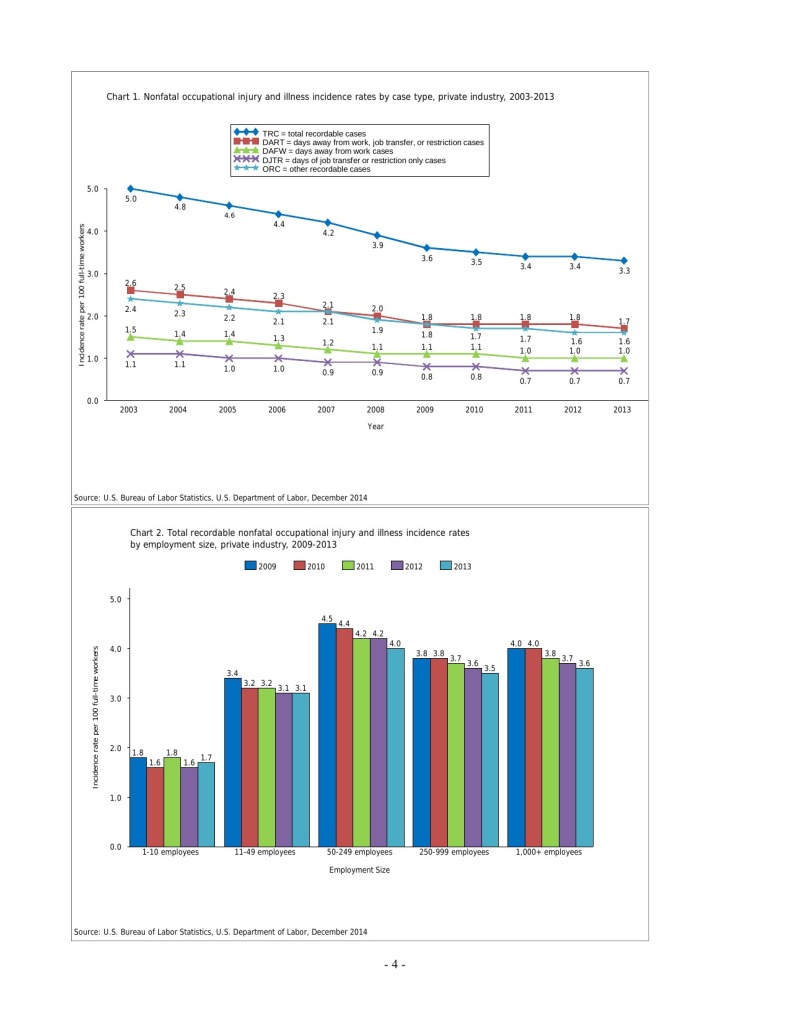 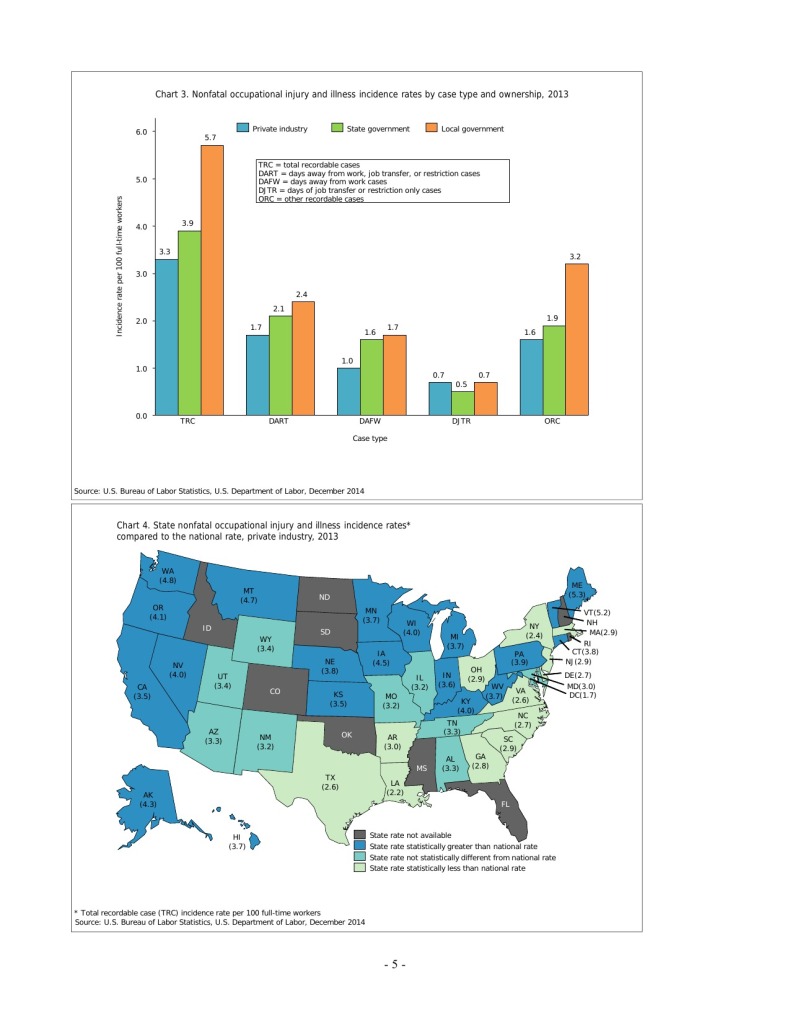