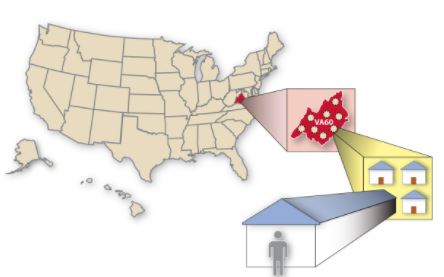 A new federal government report shows about one-in-25 people age 12 or older in the U.S. used prescription pain relievers without a doctor’s direction in the past year.

The report by the Substance Abuse and Mental Health Services Administration says 4.31% of the population from teens on up use opioids “non-medically,” which can lead to substance use disorder, overdose or death. Nonmedical use of pain meds (such as hydrocodone and oxycodone) is second only to marijuana use as the nation’s most prevalent illicit drug problem.

SAMHSA says some progress has been made in reducing nonmedical use of prescription pain meds, but this progress hasn’t been uniform across all states.

The agency hopes that breaking down nonmedical use by state and region can help government officials focus substance abuse prevention and treatment strategies.

States with the highest rates of nonmedical use are:

States with the lowest rates: 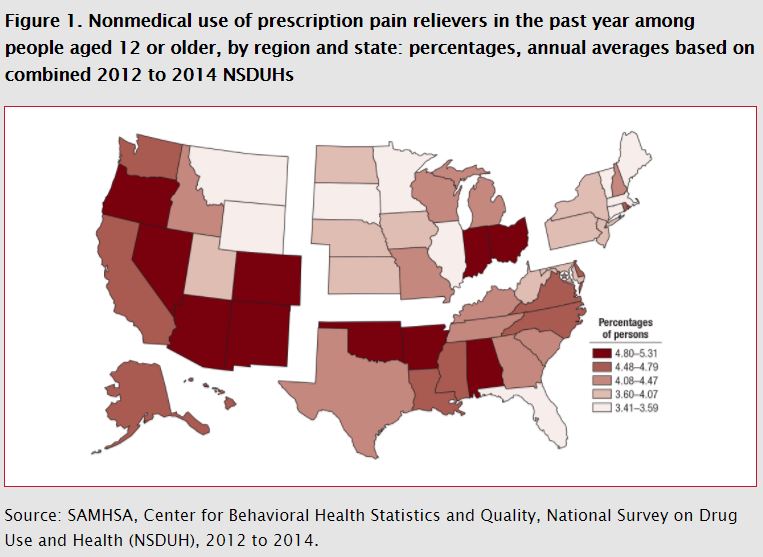 SAMHSA says over 26 million people have used prescription pain meds without a doctor’s direction since 2002. Overdoses of these meds have caused nearly 15,000 deaths since 2008. Nonmedical use costs health insurers up to $75.5 billion each year in direct healthcare costs.

The U.S. Department of Health and Human Services has identified five specific strategies to address the opioid crisis: