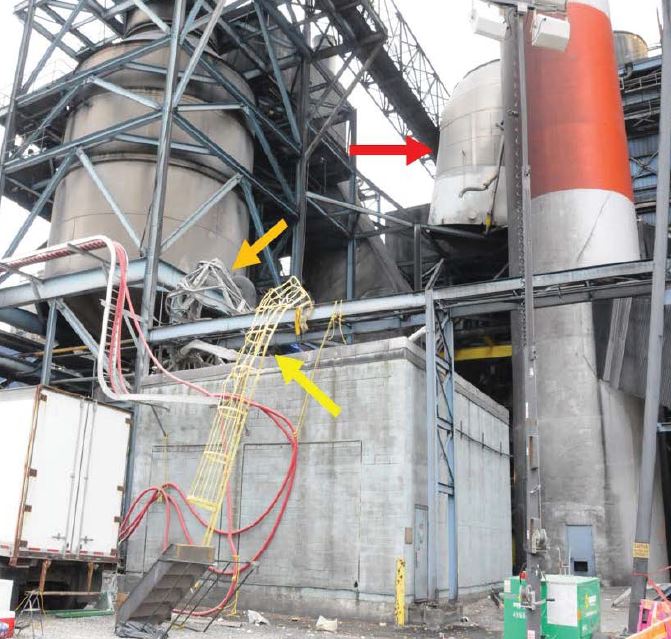 In the wake of an explosion that killed three contractors and injured seven more, a U.S. government investigatory agency is calling on OSHA to expand its Process Safety Management regulations – a recommendation that was made after another fatal explosion back in 2001.

The U.S. Chemical Safety Board (CSB) says when air entered the foul condensate tank at Packaging Corporation of America’s (PCA) DeRidder, LA, plant, it mixed with the tank’s flammable turpentine vapor. This created an explosive atmosphere in the tank. Hot work (welding) performed during a scheduled maintenance shutdown above the tank likely ignited this vapor and caused the explosion, according to the CSB’s investigators.

The explosion on Feb. 8, 2017, killed three people and injured seven others. All 10 were working at the mill as contractors. The explosion also heavily damaged other equipment. The force of the explosion launched the tank up over a six-story building before it landed 375 feet away on process equipment. The DeRidder pulp and paper mill produces containerboard.

OSHA’s process safety management regulations apply to only two processes at the DeRidder mill. These rules didn’t apply to the tank that exploded.

The CSB is repeating a recommendation it made to OSHA after the 2002 investigation of Motiva Enterprises, to cover atmospheric storage tanks under the Process Safety Management standard.

On July 17, 2001, an explosion occurred at the Motiva Enterprises refinery in Delaware City, Delaware. A work crew had been repairing a catwalk above a sulfuric acid storage tank farm when a spark from their hot work ignited flammable vapors in one of the tanks. One person was killed and eight others were injured.

The CSB says if PCA had voluntarily applied its process safety management system to the mill’s system that included the condensate tank, it would have helped to identify the hazards that led to the explosion.

OSHA issued $60,000 in fines to PCA. The company is contesting the violations.

At least seven lawsuits have been filed by those who were injured and survivors of those who died.

PCA has taken action following the explosion, including: