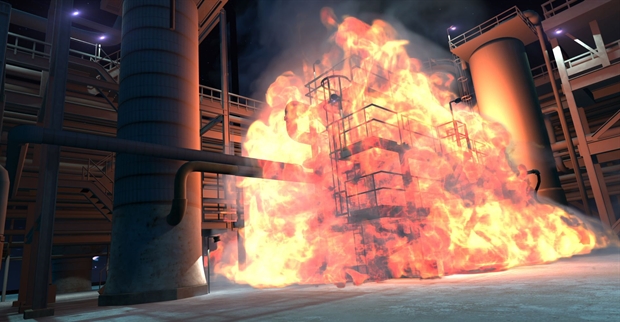 The head of a government agency that recently released a draft report on a refinery fire that claimed seven lives said this complex incident can be traced to a root cause: a deficient safety culture.

Rafael Moure-Eraso, chairman of the U.S. Chemical Safety Board (CSB), made the statement about the April 2010 fatal explosion and fire at the Tesoro refinery in Anacortes, WA. Moure-Eraso also blames “weak industry standards for safeguarding equipment and a regulatory system that too often emphasizes activities rather than outcomes.”

He calls the CSB’s report a “clarion call for refinery safety reform.” The explosion was caused by damage to a heat exchanger, which severely cracked and weakened carbon steel tubing leading to a rupture, according to the CSB report.

The agency notes this explosion is very similar to the one that occurred at the Chevron refinery in Richmond, CA, in August 2012. The Chevron incident created a vapor cloud that sent 15,000 residents to the hospital with respiratory problems.

The draft report notes recommended practices of the American Petroleum Institute (API) are written with no minimum requirements to prevent heat exchanger failures. The investigation found Tesoro used published data from the API to predict the susceptibility of the heat exchangers to damage.

It’s difficult to find microscopic cracks in such equipment. Therefore the CSB recommends safer design as a better approach to preventing these incidents.

Moure-Eraso called for state and federal regulators to require chemical facilities to use safety technology. Some examples:

The explosion occurred during startup of a hydrotreater unit, which was considered hazardous non-routine work, particularly due to the reoccurring leaks of flammable liquid.

The CSB says required Process Hazard Analyses (PHA) at the refinery repeatedly failed to ensure these hazards were controlled and that the number of workers exposed to these hazards was at a minimum.

“The refinery process safety culture required proof of danger rather than proof of effective safety implementation,” the report concluded. The CSB said Washington State’s Department of Labor and Industries (the state’s OSHA) doesn’t have sufficient personnel to verify process safety management requirements are being implemented adequately.