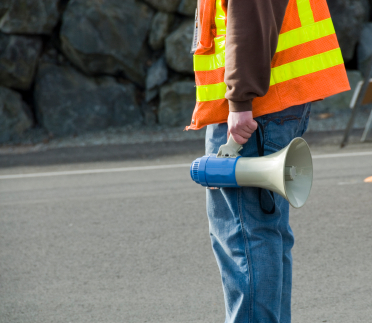 A Philadelphia plumbing contractor is out $43K after a worker was crushed and killed by a passing car while repairing an underground leak. OSHA says a proper work zone could’ve prevented the death.

Robert Harvey was repairing an underground leak in Philadelphia when the accident happened. Harvey was employed by Best Choice Plumbing & Heating.

Harvey was working in an excavated area after dark in November 2015, according to CBS Philly. A vehicle lost control and fell into the hole, crushing and killing Harvey. He was 27.

OSHA hit Best Choice with 10 serious violations, including failure to:

“Best Choice Plumbing could have prevented this tragic incident by developing a proper traffic control plan that included signs, cones, barrels and barriers. Drivers, workers on foot and pedestrians must be able to see and understand the proper routes.”

From 2003 to 2007, 639 workers were killed while working at road construction sites, according to the National Institute for Occupational Safety and Health (NIOSH). Those 639 worker deaths represented about 8% of all deaths in construction.

Best Choice has 15 business days from receipt of its citations and proposed penalties to comply, request a conference with OSHA’s area director, or contest the findings before the Occupational Safety and Health Review Commission.