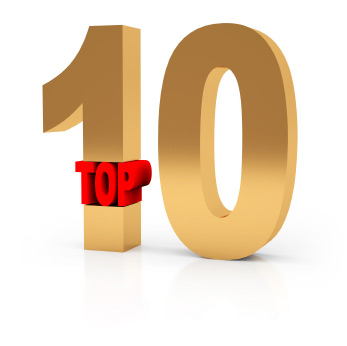 OSHA may have a reduced staff during the government shutdown, but it will be back, eventually. And when it is, these are the top areas where its inspectors will be looking for hazards.

The agency announced its top 10 violations for 2013 at the National Safety Council’s 2013 Congress and Expo in Chicago. (Or, we should say, an editor from the NSC’s publication, Safety + Health, presented the list, as the representative from OSHA wasn’t able to make it because of the government shutdown.)

As is usually the case, the list didn’t change much from 2012. In fact, the same 10 standards made up the top 10 in 2012 — the order was just slightly different. The top 4 were exactly the same. Ladders fell two places from No. 5 to No. 7. Electrical wiring methods moved up three spots from No. 8 to No. 5.

OSHA was also scheduled to give an overview of all of its activities at the NSC Congress, but that session was also cancelled due to the government shutdown. The overview usually includes an enforcement recap with number including:

Looks like we’ll have to wait until the shutdown is over to get those numbers this year.