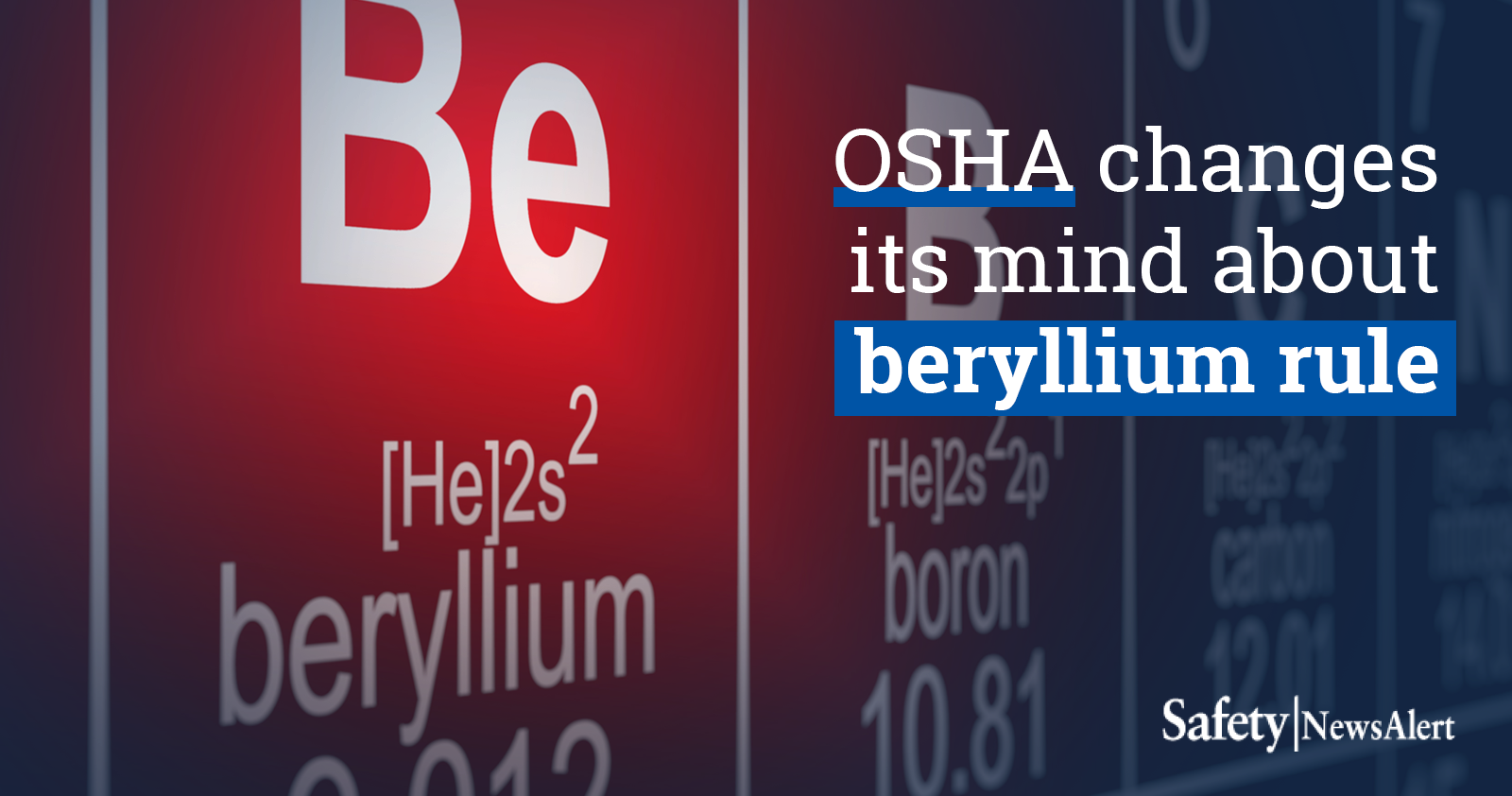 When it comes to OSHA’s beryllium standard for construction, it seems there isn’t as much overlap with other standards as the agency initially thought.

Just a month after abandoning previous proposed changes in the standards for construction and shipyards, OSHA has published a new proposal in the Federal Register.

OSHA says the proposal ensures consistency with the general industry standard that was issued in July 2017 while clarifying certain requirements about materials containing only trace amounts of beryllium.

The proposal would revise these sections for construction and shipyards:

OSHA says these changes will tailor the requirements more appropriately for the exposures to workers in the construction and shipyard industries. The proposal doesn’t affect the general industry beryllium standard.

Written comments are due to Nov. 7, 2019 and can be submitted electronically at www.regulations.gov.

In a Sept. 9 meeting with the Advisory Committee on Construction Safety and Health (ACCSH), OSHA stated that, while there is some overlap with requirements from other standards, “for most ancillary provisions there is only partial overlap, and in some cases there is no overlap at all.”

The agency believes changes it proposed in June 2017 would “reduce protections afforded by the comprehensive standard,” according to OSHA’s presentation to the ACCSH.

Now OSHA wants to make revisions to further tailor the beryllium standard to the construction industry and better align it with the general industry standard.

On Aug. 27, the agency presented a final rule declining to revoke ancillary provisions while making a proposal to update the 2017 final rule to make the standard more suitable for the construction industry.

The changes being considered would:

Proposed revisions to the standard include:

If the ACCSH gives OSHA a recommendation, the agency will publish a Notice of Proposed Rulemaking in the Federal Register, then provide time for stakeholders to comment on the new proposal before holding a public meeting on a date it will announce in the notice.