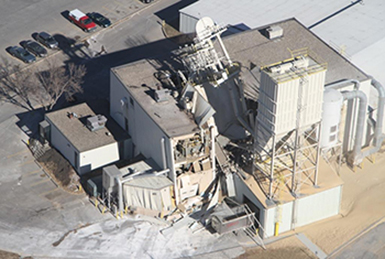 A company has agreed to take several safety steps and pay a fine in connection with the collapse of its building last year that claimed the lives of two employees.

On Jan. 20, 2014, the roof collapsed on International Nutrition’s facility in Omaha, NE. Two workers were killed, 17 were injured. Of the injured, 9 required hospital treatment. Four employees were trapped in rubble and had to be rescued by emergency responders.

OSHA said the cause of the collapse was overloading bins on the facility’s roof. Investigators said the extra weight caused the bins to fall three floors in about half a minute. Nearly one million pounds of steel, concrete and other material crashed through the plant. Although they reported hearing loud noises immediately before the collapse, International employees had virtually no warning about the disaster.

OSHA initially issued 13 violations and $120,560 in fines to International.

As part of the settlement agreement, the company will pay $78,000 for nine violations: two repeat, five serious and two other-than-serious. That’s a 35% reduction in the amount of the fine.

The largest penalty was reduced from $61,000 to $50,000 and reclassified from willful to repeat. That violation was for exposing employees to a hazardous worksite by overloading the structure.

International will remain in OSHA’s Severe Violator Enforcement Program which requires follow-up inspections. The company can apply to leave the program after three years.

As part of the settlement, International has agreed to:

The company’s cooperation throughout the investigation and negotiations helped expedite the process, according to OSHA’s area director in Omaha. International’s owner, Steve Silver, said the settlement “puts the whole issue behind us.”