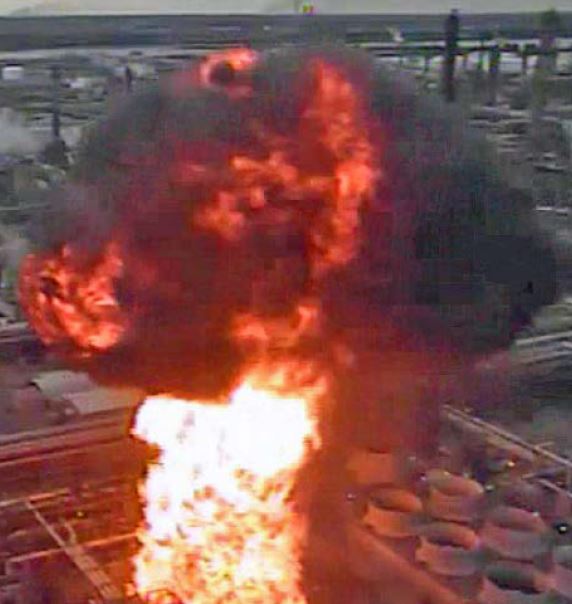 The U.S. Chemical Safety Board (CSB) says a culture that allowed maintenance to be done without proper instructions and training contributed to a fire that seriously burned four workers at ExxonMobil’s Baton Rouge, LA, refinery.

On Nov. 22, 2016, an isobutane release and fire seriously injured the workers in the sulfuric acid alkylation unit at the refinery.

During removal of an inoperable gearbox on a plug valve, an employee removed critical bolts securing a pressure-retaining component of the valve which came apart and released isobutane which formed a vapor cloud.

The isobutane ignited within half a minute, causing the fire and burning the workers who were unable to exit the vapor cloud in time.

The CSB’s final report says the work was done without appropriate safety hazard analysis. Updating the older valve to one with a safer design – as had been done with 97% of the valves in the unit – would have prevented the fire, according to the CSB.

Another factor: A culture at the refinery made it acceptable for workers performing maintenance to do so without written procedures or adequate training.

The CSB issued three key recommendations to address the problems found in its investigation:

Regarding the report, ExxonMobil said, “Safety is a core value at ExxonMobil, and nothing is more important than the safety and health of our employees, our contractors and the people who live and work near our operations.”

The company conducted its own investigation of the fire and has taken steps to address any problems, it said.

OSHA issued $164,775 in fines to ExxonMobil in connection with the November 2016 fire. It issued nine violations, including a repeat citation for failure to follow recognized engineering practices for process safety management inspection and testing procedures. A serious violation was also issued for failure to complete written safety information before conducting any process safety hazard analysis required under OSHA’s standard.