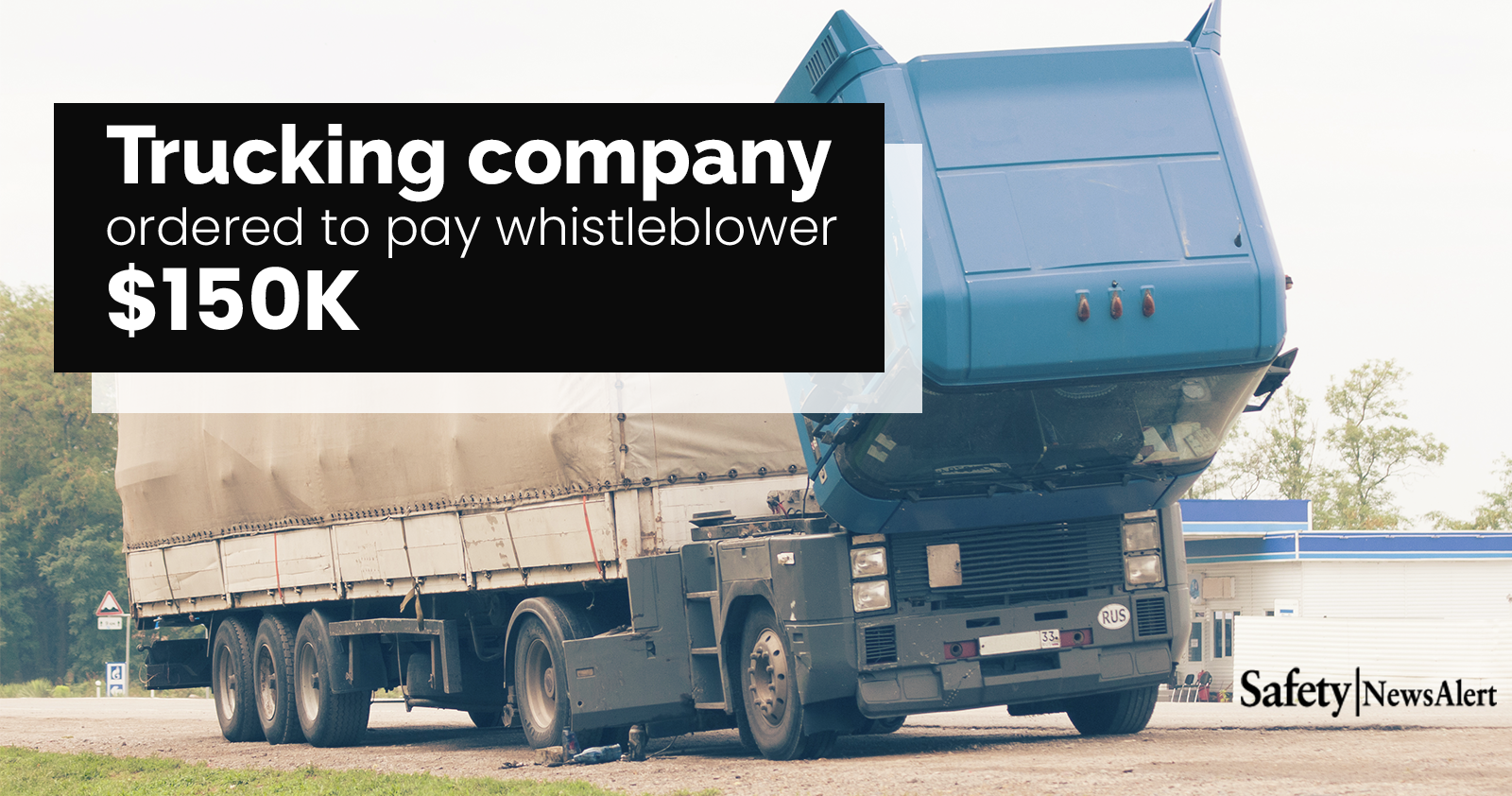 OSHA ordered a Connecticut-based commercial motor carrier to compensate a driver more than $150,000 for retaliating against him when he raised safety concerns.

The driver complained about missing and inoperative headlights and air pressure leaks as well as the company’s orders to violate federal hours-of-service regulations while driving.

In response, Ramirez and company management changed the driver’s schedule, leading to a reduction in pay, according to a Department of Labor news release.

In February 2017, the driver resigned because he was afraid:

OSHA investigated the driver’s report of retaliation and on Feb. 26 ordered Ramirez and his defunct company to: