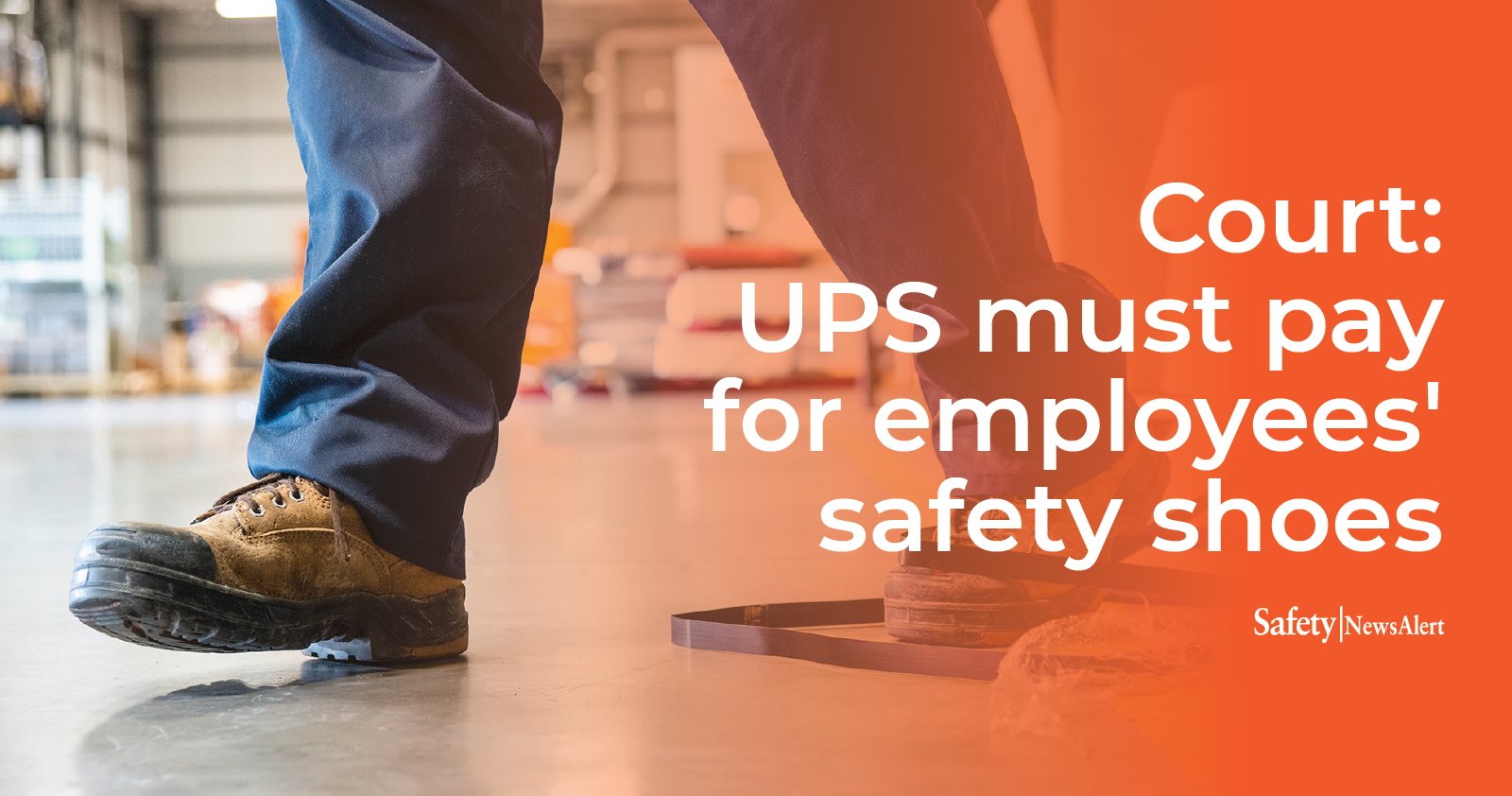 California case law dictates UPS Ground Freight has to pay for its employees’ safety shoes, according to an appeals court’s Feb. 6 decision.

Cited for not buying boots

Cal/OSHA issued a citation against UPS June 8, 2016, after an inspection of the company’s Bloomington facility, where the agency found workers were wearing safety shoes which weren’t provided by the employer.

UPS agreed steel-toed safety shoes were required for working in its facility, but it claimed it didn’t have to pay for the footwear.

PPE must be provided to workers

In court, an administrative law judge ruled Labor Code sections 6401 and 6403 have been interpreted to mean:

The company filed a petition for the court to reconsider the ruling, which was denied because of a California Supreme Court ruling in 1979, Bendix Forest Products Corp. v. Division of Occupational Safety and Health, which held that the company in that case had to pay for work gloves for its employees.

UPS argued its citation involved boots, not gloves, so it wouldn’t fall under the same legal umbrella, but the court insisted the Bendix ruling covered safety equipment in general, not just gloves, so the company appealed the decision.

Decision based on ‘good law’

On appeal, the court cited its 2011 decision in Newman Flange & Fitting Company which, based on the Bendix decision, held employers responsible for paying for all employee safety gear, and upheld the original decision against UPS.

The Bendix and Newman Flange decisions were based on “good law,” according to the appeals court decision, so the citation was justified and UPS will have to accept the citation and pay for employee footwear going forward.