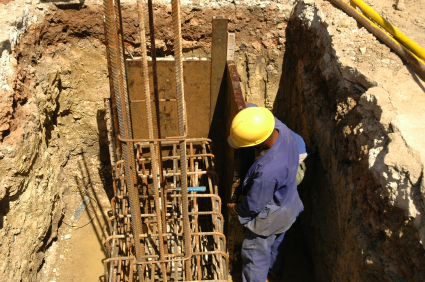 “It’s getting deep,” is the text a worker sent to his girlfriend two hours before a 12-foot deep trench collapsed and killed him, according to a lawyer for his family.

James Rogers, 33, of Winchester, Ohio, died from asphyxiation and “mechanical chest compression,” according to a death certificate.

Rogers was working for KRW Plumbing in Washington Township, near Dayton.

Craig Matthews, a lawyer for Rogers’ family, released information regarding the incident and text to the Dayton Daily News. The family is weighing legal options in the case.

OSHA is investigating. It can take up to six months for the agency’s investigation results to become public.

Matthews calculates Rogers was covered by more than 800 cubic feet of clay and wet dirt weighing about 91,000 pounds (45.5 tons).

However, when OSHA showed up, Williams admitted the trench was 12 feet deep, according to sheriff’s office records.

An OSHA spokesman says more time will be needed to determine whether anyone was criminally liable in this case.

Earlier this summer, a New York City-area construction company was convicted of five counts, including second-degree manslaughter, in connection with the death of a worker who was crushed to death when an unshored 13-foot deep trench collapsed. The judge sentenced Harco Construction LLC to produce a TV public service announcement. The company is fighting the conviction and sentence.