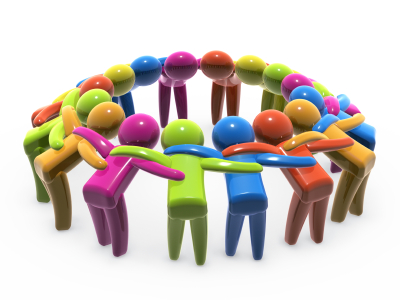 Employees who are injured during “voluntary recreational programs” are exempt from workers’ comp coverage under this state’s law. The question in this case: Was this particular laser tag game really voluntary?

Ali Shire worked for Rosemount Inc. in Minnesota in the shipping department.

Employees had three options regarding attendance:

Rosemount limited the number of employees who could take vacation and unpaid leave at any given time to 10 percent of its workforce.

The event included dinner, bowling and a game of laser tag. Shire injured his right ankle while playing laser tag. He was temporarily and totally disabled from performing his normal job duties for more than a year. Shire filed for workers’ comp benefits. Rosemount denied his claim. Shire took his case to a workers’ comp judge.

The judge ruled in Shire’s favor, finding the event wasn’t voluntary because attendance at the event was the only option for avoiding a loss of pay. The Workers’ Compensation Court of Appeals affirmed the ruling. Rosemount appealed to the Minnesota Supreme Court.

Did employee really have a choice?

“Injuries incurred while participating in voluntary recreational programs sponsored by the employer, including health promotion programs, athletic events, parties and picnics, do not arise out of and in the course of the employment even though the employer pays some or all of the cost of the program. This exclusion does not apply in the event that the injured employee was ordered or assigned by the employer to participate in the program.”

The Minnesota Supreme Court said the issue here is the meaning of “voluntary recreational program.”

Rosemount argued its event was voluntary because employees had the option of requesting paid vacation or unpaid leave time instead. Shire argued he was compelled to attend the event because attendance was the only option under which he would get paid without using vacation time.

The court agreed with Shire: The event wasn’t truly voluntary because of the financial consequences to the employee – loss of pay or limited paid vacation time.

Rosemount said it wasn’t logistically possible for it to offer employees the option of staying at work during the recreational program. The court said the company did have options: Even if employees couldn’t work when most of their co-workers were participating in the program, the company could have either (1) paid all employees for the three hours regardless of their attendance at the recreational event or (2) paid none of the employees for the three hours.

Rosemount also tried to argue that, even if attendance at the event wasn’t voluntary, participation in laser tag was the employee’s choice.

The court also rejected this argument. It said the law wasn’t set up to define “recreational program” on an activity-by-activity basis.

So the Minnesota Supreme Court found a recreational event isn’t voluntary when the employees’ choices are either to attend or risk pay or vacation benefits. The court also found the state’s workers’ comp law addressed entire recreational programs or events, not individual activities within the events.

For those reasons, it ruled Shire should receive workers’ comp benefits.

One justice on the court dissented. The judge found, “A definition of ‘voluntary’ that prohibits any ‘constraint’ on ‘pay or benefits’ is an unreasonably narrow reading” of the law.